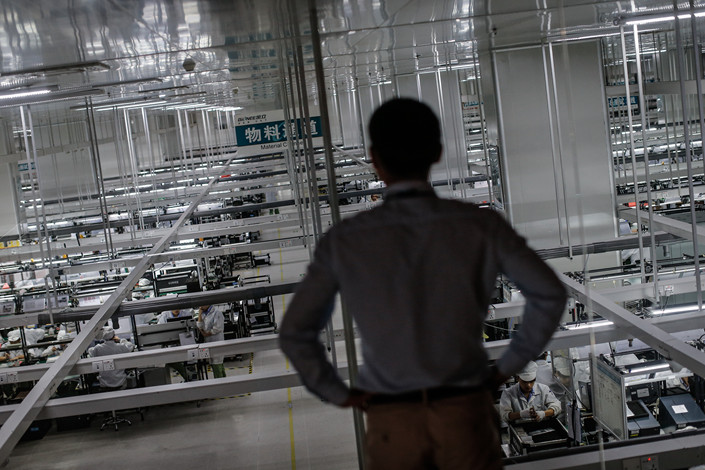 Bankrupt smartphone-maker Gionee Communication Equipment Co. Ltd.’s liabilities are more than double its current assets, the administrator handling the case said, as the former high-flyer prepares to be liquidated after falling victim to intense competition.

The administrator disclosed its estimates of Gionee’s assets and liabilities at the first meeting of the company’s creditors on Tuesday in its hometown of Shenzhen, just months after it was forced into bankruptcy. A planned liquidation discussed at the meeting would make Gionee the first major victim of a looming shakeout in China’s fiercely competitive smartphone sector, which is entering the end of a classic boom-bust cycle after several years of explosive growth.

An initial examination of Gionee’s books had shown it had net assets of about 8.54 billion yuan ($1.27 billion) and liabilities of 9.39 billion at the end of 2018, according to documents showed to the company’s creditors at the meeting. But the administrator’s own review determined that Gionee’s net assets were much less, totaling just 3.84 billion yuan, while its liabilities totaled of 9.64 billion yuan.

The company’s creditors, which include everyone from its lenders to suppliers, were given until March to report the size of the obligations owed to them by Gionee. Some 372 reported being owed total debts involving about 21.1 billion, according to the documents. Of that figure, some 17.4 billion yuan in obligations owed to 324 parties had been confirmed as of the Tuesday meeting.

Founded in 2002, Gionee was one of China’s earliest mobile phone brands. It produced a record 40 million cellphones in 2016, making it the country’s fifth-largest manufacturer. But its finances began to deteriorate as competition heated up in China’s smartphone market, and the company began failing to pay suppliers, paralyzing its business.

Domestic media also reported that Gionee’s woes may have been compounded by the gambling habits of founder Liu Lirong, which involved large amounts of company funds. In November, nearly 20 of the company’s suppliers asked a Shenzhen court to step in after making little progress in months of talks on restructuring billions of yuan in debt.

Of the company’s 3.84 billion in assets, currency only accounts for 288 million yuan. The rest is fixed assets and long-term investments. One of the most valuable of those investments is Gionee’s 3% stake in WeBank, an online bank also backed by internet giant Tencent, which the company purchased in 2014 for 90 million yuan. Since then, the size of the investment has increased by a factor of about 33, based on the bank’s latest valuation.

Under the administrator’s plan, Gionee’s assets will now be put under a single administration. The assets will then be systematically liquidated through processes including auctions, sales and transfers.