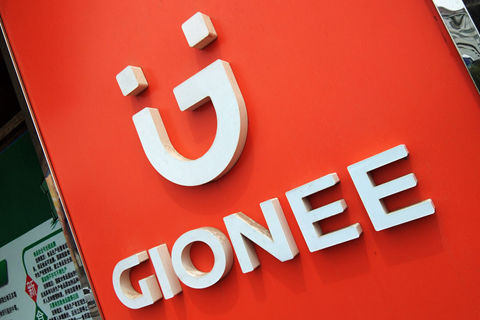 As Gionee informed creditors of the plan Monday at its headquarters in Shenzhen, most of them agreed with the bankruptcy reorganization, with restructuring details to be finalized, Caixin learned.

Gionee began preparations for bankruptcy in November, hiring Fuhai Yintao Asset Management Co. Ltd. as its debt restructuring consultant. Caixin learned from creditors that Fuhai Yintao issued a framework restructuring plan that disclosed details of Gionee’s assets and debts for the first time and listed 34 financial creditors accounting for half of Gionee’s debt.

Founded in 2002, Gionee was one of China’s earliest mobile phone brands. In 2016, the company produced a record 40 million cellphone units, ranking No. 5 among domestic phone manufacturers.

The company's finances entered a freefall last December, reflecting loss of market to bigger players and years of borrowing-fueled expansion. The company failed to pay suppliers, paralyzing its business. Chairman Liu Lirong had his assets frozen.

Although Gionee has not revealed the cause of the company’s financial woes, domestic media reported that Liu was involved in gambling scandals that may have involved billions of yuan of company funds. Caixin learned that some of Gionee's shareholders sued Liu, but Liu has remained in Hong Kong since late last year.

According to the restructuring plan issued by Fuhai Yintao, as of Aug. 31 Gionee had debts of 20 billion yuan, and the market value of its main assets was 7.5 billion yuan.

The majority of Gionee’s debts — 19.4 billion yuan — are ordinary claims. Gionee has 648 ordinary creditors. Only eight of them with 5.8 billion yuan of credits have collateral security.

The top 10 suppliers’ debts totaled more than 5 billion yuan, according to the restructuring plan.

Earlier this year, Gionee lined up an unidentified government-backed strategic investor in hopes of rescuing the company, but the plan fell through. Gionee’s debts continued to mount. In late October, it defaulted on 1 billion yuan of bonds.

In its plan, Fuhai Yintao proposes a five-year limit on debt reorganization. It suggests that a special asset management company and an operating company be established following the reorganization, whose shares would be owned by all creditors.

The asset management company would control the assets that Gionee can realize. The operating company would be engaged in mobile phone brand licensing and mobile internet services. Gionee’s original shareholders and management would be required to use existing resources to restore the company’s business and continue trying to line up strategic investors.

Some of Gionee’s most valuable assets are its shares in WeBank, an internet-only bank backed by Tencent Holdings, and Gungdong Nanyue Bank, the Gionee Building and the Dongguan Industrial Park.

Fuhai Yintao estimates that if Gionee’s realizable assets are sold now in accordance with the bankruptcy liquidation procedure, the creditors’ comprehensive repayment rate would be less than 24% even under the most ideal circumstance — selling its shares in the banks at full price and its real estate properties at a 10% discount.

Fuhai Yihao says the best settlement effect would be achieved through bankruptcy reorganization. Ideally, the comprehensive repayment rate would reach nearly 94%, the consultant says. Fuhai Yihao expects Gionee to have a net cash income of 920 million yuan in the next five years through leasing and operations, assuming that the equity of WeBank will increase by 300% and that of Nanyue Bank, by 50%. This plan also assumes Gionee’s other real estate assets will be sold at a 10% discount.

However, several suppliers told Caixin they are skeptical about Gionee’s ability to restore its mobile phone business and about the growth potential of WeBank.

Fuhai Yintao proposes that creditors owed less than 500,000 yuan, who together hold about 203 million yuan of Gionee’s debts, will be given priority settlement and can expect to receive repayments by the end of the second year of the reorganization.