Who Are the Beneficiaries of China’s Greater Bay Area Plan? 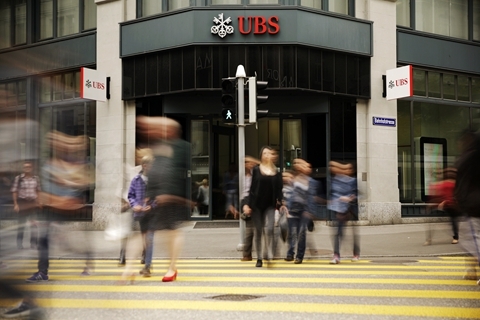 UBS sees a group of companies in finance, infrastructure and real estate to benefit from supportive policies for the Greater Bay Area. Photo: VCG

The Chief Investment Office of UBS Global Wealth Management forecasts that more-detailed policies could come in the next couple of months, following the guidelines issued by China’s cabinet in February for developing the area covering nine cities of Guangdong province and the cities of Hong Kong and Macau. UBS and Singapore-based DBS Bank listed specific companies that they see benefiting from the project

The cabinet’s plan, which includes long-term goals through 2035, is the government’s first concrete document since the idea to create the Greater Bay Area was raised in 2009 by the local governments of Hong Kong, Macau and Gungdong province, aiming to capitalize on the region’s already strong finance, manufacturing and technology capabilities to build an economic and innovation hub that could eclipse the San Francisco Bay area, Greater New York and Greater Tokyo.

The region includes some of China’s most dynamic cities, home to the country’s manufacturing base and tens of thousands of high-tech companies. The region accounts for less than 1% of China’s territory and 4% of its population but generates nearly 10% of national gross domestic product (GDP).

UBS recommended a list of companies with a high proportion of revenue coming from the area, including insurers AIA Group Ltd. and Ping An Insurance and Bank of China (Hong Kong). These enterprises stand to benefit from rising demand for onshore and offshore financial services, the Swiss bank said.

Ping An Insurance, which generate 18% of its premiums from Guangdong province, the highest among its peers, and Bank of China (Hong Kong) are also on the recommendation list of DBS.

Both UBS and the Singapore-based investment bank also picked Shenzhen-headquartered Tencent Holdings Ltd. Favorable policy for talent in the Greater Bay Area can increase the internet giant’s capacity for innovation, DBS said in a research report.

Companies that have long focused on the area and established close relationships with local governments would have a greater advantage than newcomers, UBS said.

Even though some of the recommended stocks have higher valuations than their peers, the investment bank said it thinks investors will be attracted by their growth prospects and expected support from government policy.

DBS said Guangzhou-based automaker GAC Group and Shenzhen-based electric car maker BYD will be the key beneficiaries of the GBA development as the demand for automobiles is expected to rise with the improved transportation network connecting different cities in the area.

Hong Kong, Macau, Guangzhou, Shenzhen, Zhuhai, Foshan, Zhongshan, Dongguan, Huizhou, Jiangmen and Zhaoqing signed a framework agreement on the development of the Greater Bay Area on July 1, 2017, the 20th anniversary of Hong Kong’s return to China’s jurisdiction on the expiration of a 99-year lease to Great Britain.

Based on the government’s grand plan, UBS predicts that the GDP of the Greater Bay Area will grow at an annual rate of 5% to 7%. The region’s economy will exceed that of the San Francisco Bay area, Greater New York and Greater Tokyo by 2025, the bank said in its report.

In addition to stocks, bonds related to the area have also gained attention from investors.

The asset management unit of Bank of China (Hong Kong) last week launched the first investment fund specifically focused on bonds in the Greater Bay Area. The bank said it expected $150 billion in foreign capital to flow into mainland China’s bond market over the next 18 months.

The BOCHK All Weather Greater Bay Area Strategy Fund will mainly invest in bonds issued by government bodies and companies registered and active in the Greater Bay Area. New companies in the area are likely to start issuing U.S. Dollar bonds with higher yields in the next five years, the bank said.