By Liu Yukun and Denies Jia 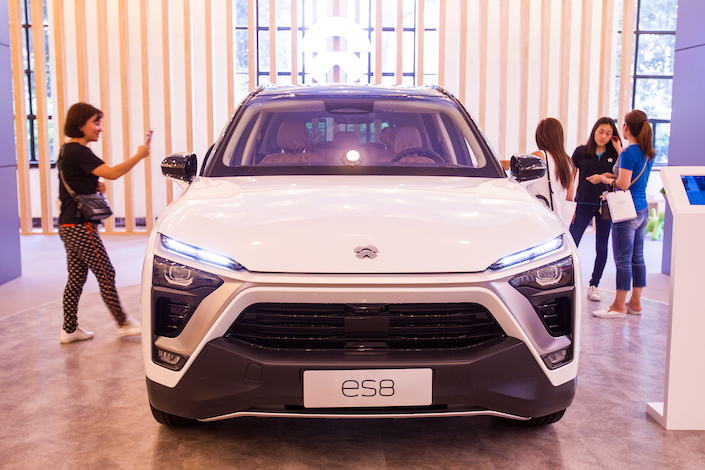 Chinese electric vehicle maker Nio Inc. and its executives face multiple class action lawsuits in the U.S. filed by shareholders. The plaintiffs allege the company misled investors about a planned new manufacturing facility during its 2018 initial public offering and failed to disclose the impact of reductions in government subsidies for electric cars.

Nio’s executives and its IPO underwriters led investors to believe the company planned to build its own manufacturing factory in Shanghai but instead continued to rely on a “little-known” auto manufacturer to produce its electric vehicles, according to the lawsuits.

Shareholders also complained that the company failed to disclose that the Chinese government’s decision to reduce subsidies to purchasers of electric cars would materially hurt the company’s sales. The lawsuits seek to recover unspecified damages for Nio investors who bought its shares from September 12, 2018, through March 5, 2019.

Nio said the lawsuits are “meritless” and the company will defend itself vigorously.

In its IPO prospectus filed in September 2018, Nio said it signed a five-year joint manufacturing agreement with state-owned JAC Motors to make electric cars at JAC’s factory in the eastern Chinese city of Hefei.

Meanwhile, Nio planned to build its own factory in Shanghai’s suburban Jiading district, according to the prospectus. But Nio dropped that plan last month after rival Tesla Inc. in January broke ground on a manufacturing plant in Shanghai.

Nio gave up the plan to build its factory after the central government released regulations limiting the number of such facilities to curb the risk of overcapacity in a sector that has grown rapidly under generous government subsidies that are now being rolled back. As work began on Tesla’s factory, it became unlikely that a second plant would be permitted in Shanghai for several years.

Nio said in the prospectus that its growth would depend heavily on the government’s subsidies for electric vehicles. Total government subsidies on the purchase of each ES8 SUV, Nio’s first volume manufactured electric vehicle, were about 74,000 yuan ($11,016) in 2018. The retail price tag before subsidies started at 448,000 yuan ($66,700).

Since early 2018, China has started to cut back on its new-energy vehicle subsidies as part of a broader plan to abolish all subsidies after 2020.

At least one of the lawsuits alleged that Nio recently dismissed any significant impact from changes in subsidies because “premium car buyers are less price sensitive.”

In Nio’s January conference call to discuss the proposed issuance of $650 million in convertible notes, NIO’s management reassured investors that demand was strong for the ES8 and ES6. In fact, Nio sales declined more than 45% in January from December 2018, New York law firm Pomerantz LLP said in a class action lawsuit against Nio and certain of its executives.

The complaint also said Nio founder and Chief Executive Officer Li Bin said on TV in February that the company exceeded its delivery goal in 2018 and was ramping up production, just days before the company reported fourth-quarter earnings that were well below Wall Street expectations.

After disappointing earnings reported after the close of the market March 5, Nio’s shares plunged more than 21% on March 6 and 11% more the following day.

Other defendants include Li, CFO Louis Hsieh, former and current members of the company’s board, and IPO underwriters including Morgan Stanley and Goldman Sachs.

Zhang Yaqin, president of new business at Baidu, was named among the defendants. He served as a director at Nio for three months last year before the company’s IPO, according to a filing Monday by software company AsiaInfo Technology with the Hong Kong Stock Exchange.

AsiaInfo made the disclosure because Zhang also serve as an independent nonexecutive director on the company’s board. AsiaInfo said in the filing that such class action lawsuits are not unusual.