PBOC Deputy: Financial Opening-Up Is a Path China Must Follow 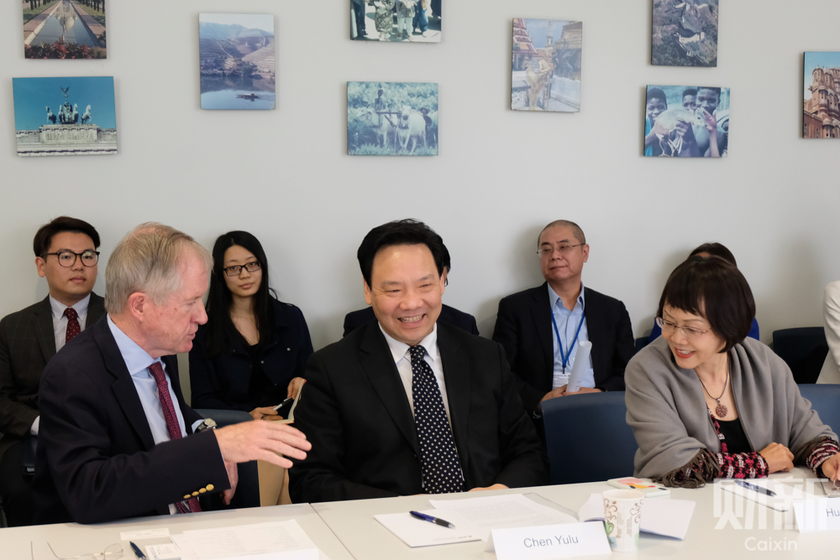 China’s economy continued to post stable growth in 2018 and made progress on structural adjustments, despite headwinds of weak external demand and unfavorable domestic conditions. In response to downward pressure, the People’s Bank of China (PBOC) enhanced policy measures to support the real economy, mitigated and resolved financial risks and continued to deepen reform and opening-up.

So far this year, market expectations have improved significantly because of two factors. First, the countercyclical policies have gradually helped the economy. Second, the U.S.-China trade negotiations have made progress. It is widely expected that China and the United States will finally reach an agreement. One of the issues discussed during the negotiations is the opening-up of the financial sector, which was already a priority in China's financial reform agenda. The task helps bridge differences and foster consensus in the China-U.S. trade negotiations.

President Xi Jinping announced a plan last April to further open up the Chinese economy with measures to be adopted “sooner rather than later.” Since then, important progress has been made in opening up the financial industry.

Third, the two-way opening-up of the capital market has made progress. The bond market was further opened, supported by improvement in the relevant accounting rules, taxation arrangements and trading systems. The connectivity of domestic and foreign stock markets has been deepened. Overseas participants can now trade yuan-denominated crude oil futures onshore. And overseas participants have access to the commodity futures market.

Financial sector opening-up has always been a choice that China has made out of its own needs. At the initial stage of reform and opening-up, China brought in foreign capital and issued debt abroad, which provided essential financial support for economic growth and spurred a series of financial reforms. After the outbreak of the Asian financial crisis, we recognized that it was imperative to reform commercial banks with efforts to introduce external strategic investors and push them to go public, creating new incentives and updating the constraint mechanism, transforming them into market-oriented players. In the meantime, China adopted international standards and rules, implemented Basel rules, improved corporate governance principles, and updated accounting rules in line with international standards.

As China enters a new era of development, further financial sector opening-up is a path we must follow to deepen financial reform and integrate into the global economy.

From a domestic perspective, the economy is transitioning from high-speed growth to high-quality development. The contribution of the service sector to GDP growth is becoming more important relative to that of manufacturing. During this process, the financial sector must find a new model to support the transition and adapt to the emerging economic structure.

Financial sector reform is an important component in China’s overall plan of reform and opening-up for the new era. As a next step, we will continue to do so and aim to achieve a high degree of openness.

First, we will open up across the board and make sure the measures are properly implemented. Restrictions will be further eased on foreign investors’ holdings, business presence, shareholder qualification and business scope. The relevant laws and regulations will be amended to remove obstacles for the adoption of reform measures. Processing of applications by foreign investors will be accelerated. Research will also be made on further easing market access restrictions.

Second, China will push forward rule-based and systematic opening-up by gradually adopting the approach of pre-establishment national treatment and the negative list. The current practice of case-by-case approval will be changed. We will sort out existing laws and regulations, make necessary amendments and formulate a single set of access and regulatory standards to make sure that all institutions, domestic and foreign, have equal access to the sectors that are not on the negative list.

China’s opening-up will continue, and more measures will be adopted. We will further open up the financial sector in an active and orderly manner and welcome overseas financial institutions and investors in this win-win process.

Chen Yulu is a deputy governor of the People’s Bank of China, the central bank. This article excerpts a keynote speech delivered by Chen on Wednesday at the Caixin Roundtable in Washington.