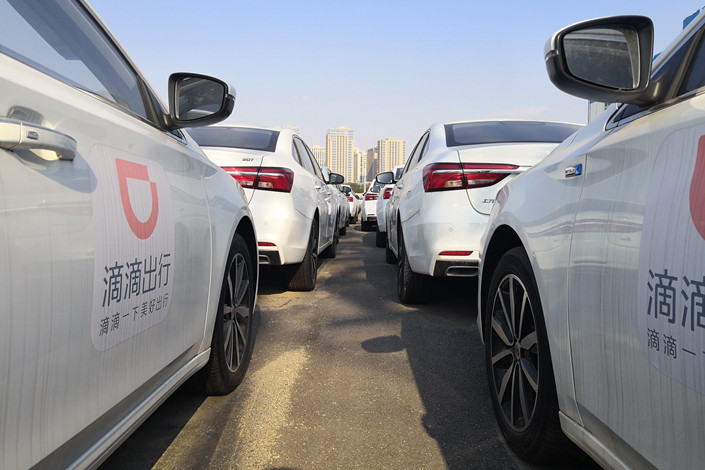 *Worth of China’s home-grown ride-hailing giant has declined around $4.4 billion since 2017 based on Uber’s valuation of its stake in the company

(Beijing) — The valuation of Chinese ride-hailing giant Didi Chuxing has been in the spotlight since global peer Uber filed for its initial public offering (IPO) in the U.S. last week and smaller rival Lyft became the first industry player to go public last month.

The Uber Technologies Inc. prospectus shed some light on Didi’s current valuation. Uber has owned a chunk of its rival since the two fought a vicious conflict for Chinese market share that ended with a hasty merger of Uber’s China unit and Didi in 2016.

Didi could be worth about $51.6 billion, based on Uber’s valuation of its 15.4% stake in the company at around $8 billion at the end of 2018. That would be down from its $56 billion valuation at the end of 2017, when it announced it would raise $4 billion from investors including Japanese telecom giant SoftBank Group Corp.

Founded in 2012, Didi dominates China’s ride-hailing industry with a market share of more than 90%. According to a 2015 financial document provided by investors, it previously planned to list in the U.S. by the end of 2018, and at the time was eyeing a market cap of up to $87 billion.

Last year was a turning point for the Beijing-based company, as its luck soured after two passengers were killed by their drivers within three months. The incidents raised concerns about safety issues at the fast-expanding company, which has since suspended its car-pooling service, a major source of profits.

As a private company, Didi has not published any financial reports. But it lost over 4 billion yuan ($596 million) in the first half of 2018, after spending more than 11.7 billion yuan on subsidies for drivers and riders, according to a September internal letter from CEO Cheng Wei.

As the company is still reeling from the killings and ongoing business restructuring, investors said Didi would not seek an IPO any time soon.

An Uber investor, who asked to remain anonymous, told Caixin that Didi would face huge pressure seeking a public listing soon after Uber, which has been much better at controlling costs — though both of them are losing similar amounts of money.

Since the start of the year, Didi has increasingly focused on its core transportation business. In February, Cheng announced the company would overhaul its offerings by “shutting down or transforming” its noncore services, leading to around 2,000 people being laid off, or 15% of the company’s total staff.

One such noncore business is food delivery, which the company has stopped expanding since setting up shop in several cities. The company has also dropped plans to roll out a restaurant-booking business, one former employee told Caixin.

While cutting costs in its noncore business, Didi has also pinned its hopes on Xiaoju Automobile Solutions Co. Ltd., which it spun off last year to offer auto related services, such as leasing, trading, refueling, maintenance and repairs. Xiaoju Automobile’s car-leasing service is available in five cities.

In future, Didi may separately list its ride-hailing and auto-services businesses “to reduce valuation pressure,” according to a source at an investment bank.