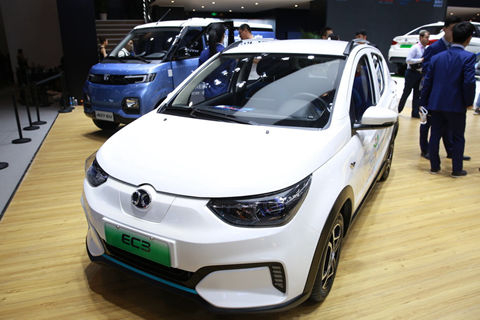 The cheaper EC series accounted for 57.3% of BJEV’s total vehicle sales in 2018, according to the China Passenger Car Association. But BJEV expects EC vehicles to make up only 20% of its sales this year, vice-general manager Li Xiuyi said Tuesday.

The company’s announcement came after China reduced subsidies for some electric-vehicle makers, while raising requirements for companies hoping to receive the handouts, in an effort to boost competitiveness in the industry.

Related: China’s Cut to Electric-Car Subsidies Is the Biggest in Five Years