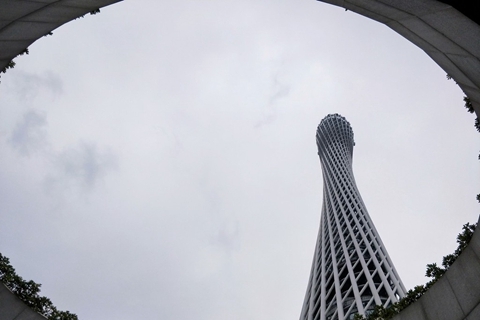 Guangzhou, the capital of China’s Guangdong province and home to 100 A-share listed companies, is the latest local government to roll out plans for bailing out cash-strapped private companies mired in the country’s pledged-share crisis starting late last year.

As the stock market slid to a four-year low around last October, many shareholders who pledged a large portion of their holdings as collateral for loans faced the prospect of losing control of their businesses through forced share sales to cover debt, and defaults rose for loans backed by pledged shares.

Local Chinese governments and financial institutions have set up rescue funds since October at the urging of the central government as part of a campaign to help stabilize the stock market. As of the end of November, local governments had rolled out special bailout funds totaling 170 billion yuan. In addition, financial institutions including brokerage firms, insurers and asset management companies launched bailout funds and bonds worth about 120 billion yuan.

The Guangzhou fund, announced Wednesday on the website of the municipal government, will expand a 3 billion yuan mergers and acquisitions fund already set up by 18 state-owned enterprises in the city. The government will direct financial institutions and social capital to participate in the expanded bailout fund, according to the government’s statement.

The initial subscription of 3 billion yuan has been fully paid, and the first investment project in Sunward Intelligent Equipment Co, a Shenzhen-listed construction machinery manufacturer, has made progress, according to the website of Guangzhou State-Owned Capital Operation Holdings.

Sunward disclosed in January that He Qinghua, its chairman and controlling shareholder, planned to sell his 6.2% stake to state-owned Guangzhou Vanlead Group Co. for about 524 million yuan. Vanlead and its subsidiary will also acquire certain stakes in Sunward from other shareholders.

Sunward, based in Changsha, the capital of Hunan province, is one of many Chinese listed companies stuck in the pledged-share crisis. Chairman He pledged more than 86% of his holdings as collateral for loans.

The choice of Sunward as the first bailout target means that the government fund won’t be limited to troubled local enterprises.