Oriental DreamWorks Returns to Roots One Year After Chinese Buyout 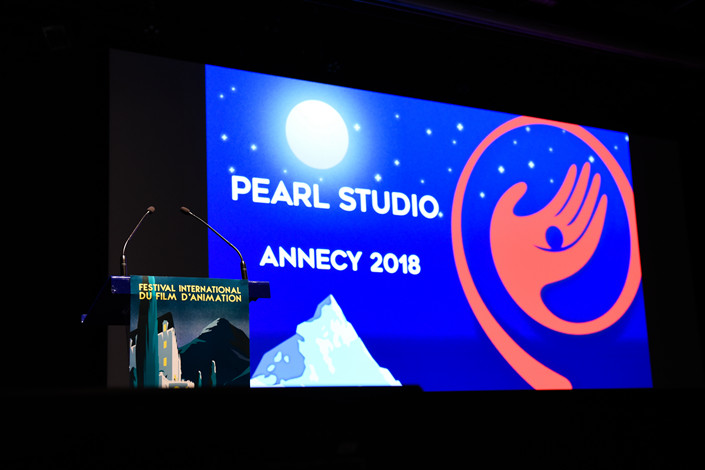 A year after being bought out by its Chinese partners, the company formerly known Oriental DreamWorks is returning to its animation roots as it starts anew at building a portfolio of movies and related intellectual property that can fund its future.

The company now known as Pearl Studio is also returning to basics with a slower, more measured film slate, aiming for around one new release over the next three years, said Li Ruigang, chairman of CMC Capital Group, a major Chinese media investor whose holdings also include a major stake in Caixin. After that, it could slowly ramp things up to release one to two movies each year starting in 2022, he said.

“Animation involves big investment,” Li said at an event to discuss the company’s progress over the last year. “Anyone in it for the long term must build up scale and reputation before gaining market acceptance.”

Following that exit and name change, Pearl Studio has kept the venture’s original global focus while also trying to leverage its roots in China. It retains offices in Shanghai, New York and Los Angeles, and its staff is split about 50-50 between U.S. — many of those ethnic Chinese — and Chinese nationals. Hollywood veterans are directing its next two movies, “Abominable,” set for release later this year, and “Over the Moon” set for release in 2020.

Directed by Jill Culton, whose credits include the first two “Toy Story” films, “Abominable” has its roots in China’s Himalaya region but also takes the audience on a trip through other famous spots in the country. Likewise, “Over the Moon,” directed by Glen Keane, whose credits include the Disney films “Tangled” and “Aladdin,” tells the tale of a girl who builds a rocket using components purchased on the popular Taobao Chinese e-commerce site to go look for Chang’e, a legendary Chinese beauty who lives on the moon.

Pearl executives acknowledged the company is having to partly rebuild from scratch following the buyout, since it lost most of its major intellectual property in the split. Such property is a major profit machine for such studios, allowing them to earn money by licensing out rights to popular characters and franchises to everyone from makers of toys and games to operators of schools and other service providers.

“For ‘Abominable’ we chose likenesses that were the cutest and most suitable for development of toys and other products,” said Frank Zhu, Pearl’s third and current CEO, told Caixin on the sidelines of the event. He added that in the future the company hopes to develop derivative products including toys, services, commercial property and games by itself and with third-party licensees.

China’s animation market has grown rapidly in recent years, alongside a bigger film market that is the world’s second largest behind only the U.S. Still, animation accounts for just about 10% of the overall market, which was worth about 60 billion yuan ($9 billion) last year. By comparison animation accounts for about 15% of the total box office in the more mature U.S. market.