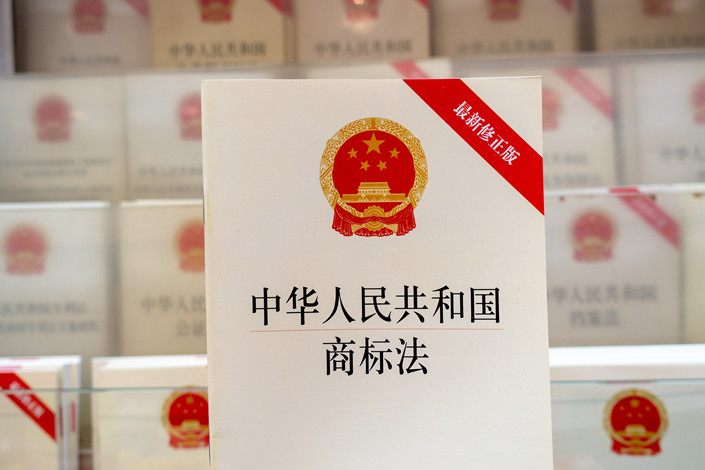 The Standing Committee of China’s national legislature approved amendments to the Trademark Law that will increase penalties for trademark squatting. Photo: IC Photo

China’s legislature has increased the maximum fine for trademark infringements to 5 million yuan ($743,000) and cracked down on the phenomenon of “trademark squatting.”

At the closing of its bimonthly session on Tuesday, the Standing Committee of the National People’s Congress adopted amendments to six provisions of the country’s Trademark Law.

The amendments to the Trademark Law came in a package of amendments to a total of eight laws. Justice Minister Fu Zhenghua said that the purpose of the package was “to create a legal, international, and convenient business environment and to accompany the implementation of the Foreign Investment Law.” Intellectual property and trademark laws have long been a major concern for foreign businesses in China.

Under one of the changes to the law, applications for “bad-faith trademark registrations without intent to use” will be denied in an attempt to prevent profiteering. The addition strengthens the obligation for registered applicants to use the trademark and also adds corresponding penalties.

China’s trademark regime follows a first-to-file system, as opposed to the first-to-use system used in the United States and the U.K., causing headaches for many foreign brands looking to enter the Chinese market. In some cases, an individual or company has already bought a trademark in use overseas, which is known as “trademark squatting,” and sometimes uses it to extort a foreign business. Major companies such as Apple, Supreme, the British company behind cartoon character Peppa Pig, and American athlete Michael Jordan have filed trademark infringement disputes in China.

The country has been trying to quash the practice for years, with the State Administration for Industry and Commerce announcing that it would launch a database of those implicated in “malicious registration” of trademarks in 2017.

Feng Xiaoqing, a professor at the China University of Political Science and Law, told Caixin that individuals in China will often “rush to register a trademark and extort others.” The amendment, he said, “emphasizes that trademark registration applications must be for the purpose of use, returning to the essence of the use of commercial trademarks.”

“Over the years, in order to pursue numbers, trademark management departments have issued registration certificates for many things that are not trademarks at all,” said professor Li Mingde, executive vice-chairman of the China Intellectual Property Law Association, said. “What’s the significance? What’s the meaning of claiming to be a big trademark country?” Li said. Relevant administrative departments should not blindly pursue figures and so-called achievements, he said.

However, Li Yang, a professor at the Sun Yat-sen University School of Law, wrote a response to the changes, stating that the provisions attempting to prevent trademark squatting lack teeth. If a trademark applicant is not required to submit evidence to prove legitimate intentions for use of the trademark, the phenomenon of “malicious trademark registration applications for non-use purposes” will still continue, he wrote.

Feng agreed that the changes to are a good guide, but said that proving intention to use can be further improved through a set of regulations on the law’s implementation and then refined in actual regulatory practice.

The amendments to the law also increase the penalties for infringing exclusive trademark rights. The changes allow for quintuple damages in compensation for certain trademark infringements, and increases maximum compensation from 3 million yuan ($446,296) to 5 million yuan.

“The amendment has added a lot of weight to the punitive damages for trademark infringement and gives the judiciary greater discretion,” Feng said.

An intellectual property judge, who requested anonymity, told Caixin that the increased compensation for trademark infringement is mainly symbolic, as such large fines are rarely handed out in judicial practice.

When the last amendment to the Trademark Law came into effect in May 2014, the maximum compensation was increased from 500,000 yuan to 3 million yuan.