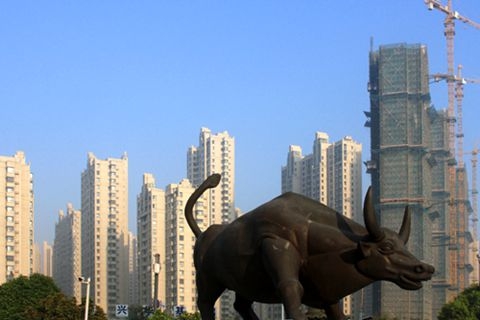 China’s pro-growth policies rolled out since last year are bolstering the property market as housing prices and transactions are picking up. But some authorities are warning about the rapid resurgence in a nation that already has four of the world’s 10 most expensive cities.

A survey of housing markets in 100 mainland cities found prices rising at a faster pace during the first three months this year, reflecting growing momentum of the market revival after a gloomy 2018.

Average prices of new residences increased 13.1% in the first quarter from the same period last year in the 100 Chinese cities, including the four largest ones, 32 second-tier cities and 64 smaller ones, according to the survey released Thursday by Shanghai E-House Real Estate Research Institute.

The surge in housing prices raised concerns among regulators, who fought since 2016 to contain a runaway market and housing speculation. Last week, the Ministry of Housing and Urban-Rural Development warned against the rapid rise in property prices in the first quarter after an industry-wide inspection.

The price rise in March outpaced the average growth of January and February, indicating an accelerating trend, according to the survey.

E-House said 23 cities entered the “overheated” territory, with housing price jumps of more than 20% in the first quarter. Zhongshan city in Guangdong province, one of the biggest cities included in the government’s ambitious Greater Bay Area regional development plan, booked a 61% year-on-year rise in first-quarter new-home prices, according to E-House.

Five cities — Langfang in Hebei, Quanzhou in Fujian, Sanya in Hainan and Zhaoqing and Putian in Guangdong — meanwhile, were rated “overcooling,” with price declines of more than 10% year-on-year.

China’s property market cooled in 2018 as sales growth slowed to a four-year low in terms of transaction value and amount of floor space sold, reflecting policies to curb the housing market and broader headwinds such as trade tensions and a credit squeeze.

With downward pressure increasing on China’s economic growth in the second half of 2018, the government softened its tone on regulating the property market and granted local authorities more freedom to adjust restrictions based on local market conditions.

Several cities, including Heze in the eastern province of Shandong, and Guangzhou and Zhuhai in Guangdong province in the south, have since rolled back some curbs on housing transactions.

In Shanghai, the total value of personal mortgages surged 80.4% in the first quarter from the same time last year.

The E-House survey found that total property transactions in the 100 cities reached 118 million square meters in the first three months, up 4.9% year-on-year. Sales of pre-owned homes also revived, with an 18% rise in first-quarter transactions in 10 major cities, E-House said.