By Sun Liangzi and Han Wei 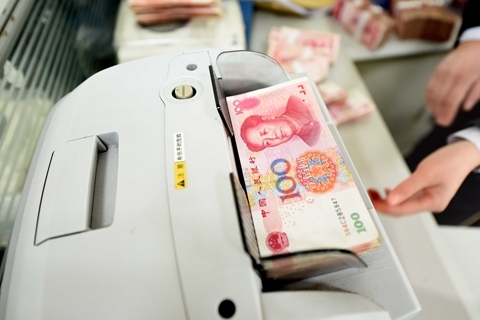 In its long-running campaign to overhaul the massive state-owned sector of the economy, China will adopt flexible and specific policies to fit different companies, a top state asset administrator said Monday.

The nation has been pressing for years to invigorate its cumbersome state sector and improve state capital management. But in doing so, China will not pursue a one-size-fits-all solution for state-owned enterprises (SOEs) and will not set a rigid timetable, said Weng Jieming, a deputy director of the State-owned Assets Supervision and Administration Commission (SASAC).

SOEs, both central and local, account for 30% to 40% of total GDP and about 20% of China's total employment. The businesses range from financial services to oil, transport, steel and dozens of other industries and generate trillions of yuan in revenue and hundreds of billions of yuan in profits.

China aims to set up a state capital management mechanism that fits the economy and SOE development by 2022, Weng said. He made the comments Monday following the issuance of a central government document setting out a roadmap for revamping the supervision and management of state capital. The policy document highlights a shift in state asset regulators’ role away from supervising SOE operations and toward managing state capital.

By giving private investors greater access to the state sector, the state asset regulators’ power should be limited to their shareholding, according to the document. In addition, there should be checks and balances among shareholders, the document says.

A total of 83 centrally administered SOEs and their 15,035 subsidiaries have set up boards of directors to play effective roles in company operations, according to SASAC director Xiao Yaqing in March. More than 90% of provincial government-backed SOEs have set up similar corporate governance, he said.

Under the plan released during the weekend, state capital operating and investment companies will be granted greater autonomy to manage their businesses and set key strategy, make decisions on personnel, wages and major financial decisions, and set up equity incentive programs.

To reduce administrative intervention, the government will publish a list to clarify the responsibilities and powers of state-backed investors. Companies will be required to set up corporate charters and grant sufficient decision-making power to the board of directors, according to the document. Weng said at the Monday press briefing that SASAC has given up 43 administrative responsibilities and will continue reducing its role in state-sector businesses this year.

Nie Huihua, a professor at Renmin University in Beijing, said the reform will improve the efficiency of state capital and ensure fair market competition. But more detailed guidelines should be issued for state capital operating and investment companies, Nie said.

Weng said the key principles of the reform are to maintain the Communist Party’s leadership on SOEs while drawing a clearer boundary between government and business. The government will reduce administrative intervention in SOE business operations and apply differentiated policies and requirements on companies based on their specific situations.

SASAC will not rush to advance SOE reform or adopt generalized rules, Weng said. Instead, companies will be granted flexibility to complete reforms when their conditions are ready in a bid to promote an orderly and qualified overhaul of SOEs.

SASAC director Xiao said during this year’s national legislative meetings in March that reforms in state capital management and the pilot programs of state capital operating and investment companies will be the top issues on China’s SOE reform agenda this year.