The World Bank’s Role in the Transformation of China’s State Sector: Part Four 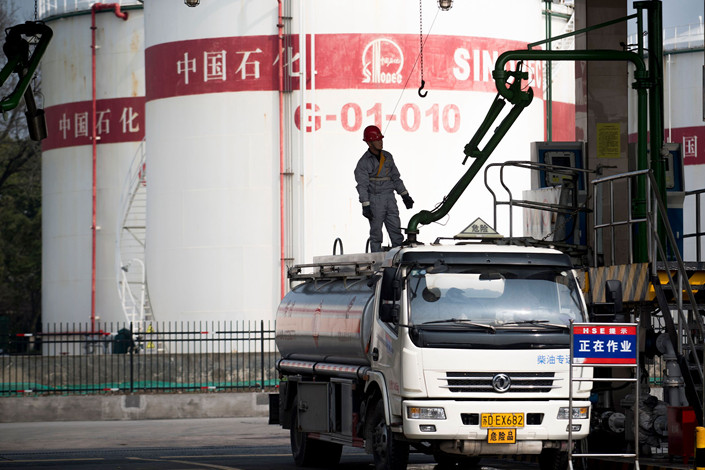 In the past four decades, China has transformed from a Soviet-style planned economy to one in which the market plays an increasingly greater role. As the private sector has flourished, state-owned enterprises (SOEs) have also undergone great changes to adapt to the market economy. Zhang Chunlin, lead private sector development specialist at the World Bank Group’s Trade and Competitiveness Global Practice, describes the role the World Bank has played in helping China’s state sector to transform. Caixin will publish his article in four parts, covering topics including the corporatization of SOEs, the commercialization of state ownership, dividend policy and state capital management.

While the establishment of the State-owned Assets Supervision and Administration Commission (SASAC) model represented a major step forward in China’s SOE reform from where it stood in the 1990s, as the economic context changed, however, the SASAC model encountered various problems.

On the one hand, there has been a tendency for SASAC to become increasingly involved in the business operation of SOEs. On the other hand, it made little progress in downsizing the SOE sector, withdrawing state capital from non-strategic sectors, and improving the efficiency of state capital use. In this context, the joint flagship study of the World Bank and the Development Research Center (DRC) of the State Council published in 2012, “China 2030: Building a Modern, Harmonious, and Creative High-Income Society,” provided further advice to the Chinese government on SOE reform in general and state capital management in particular.

Recognizing that government ownership was widespread and varied, covering most sectors and ranging from outright ownership to controlling interest to minority shareholder, the report identified a two-fold challenge: How can public resources best be used? And how can China best transition from its current approach to managing its portfolio of state enterprises to an approach that is best suited for its long-term development objectives?

The report provided answers to both questions. On the first, the report stated that public resources should be used solely or mainly for the provision of public goods and services, the production or consumption of which result in unremunerated positive externalities, ranging from defense at one end to infrastructure, social protection, and basic research and development at the other.

On the second, the report recommended the government securitize state ownership in SOEs and consider establishing one or more state asset management companies that would represent the government as shareholder and would professionally manage and trade these assets in financial markets where feasible. The dividends of state enterprises would need to be paid to the state asset management companies who, in turn, would transfer them to the budget.

Finally, a portion of state assets could be transferred to the national pension fund with the flow of returns being used to help meet future pension obligations. The report saw it as critical that SASAC confine itself to policymaking and oversight, leaving asset management to the state asset management companies.

Reform actions since 2013 have moved broadly toward the direction suggested by the report’s second recommendation. The Communist Party in 2013 called for the establishment of “state capital operation companies” (SCOCs) and “state capital investment companies” (SCICs). The implementation of the reform progressed with 142 SCOCs and SCICs being set up at the provincial level as of 2017, together with additional 11 at the national level. While SASAC remains involved in managing state-owned firms, a reform plan has been released in April 2017 in which it committed itself to a reduction of its intervention in the firms with regard to 43 specific actions/areas. The State Council issued a more detailed implementation plan in July 2018 for the introduction of SCOCs and SCICs into the current system, where it was clarified, among others, that SCOCs would take a position of portfolio investors while SCICs take controlling stakes in “strategic business lines.”

The fundamental structural changes that have taken place in the Chinese economy since late 1990s and the new development challenges China is facing today call for a new generation of SOE reform that not only improves the performance of SOEs themselves but also redefine the role of the SOE sector in the economy vis-à-vis the non-SOE sector and creates a level playing field between them. In partnership with the DRC again, a new World Bank study was completed in 2017. In addition to state capital management, the study emphasized that a level playing field between SOEs and non-SOEs is crucial to China’s economic system because the notion of a socialist market economy is viable only when a level playing field between SOEs and non-SOEs is achieved.

It argued that China could benefit from an acceptance of the globally recognized principle of “competitive neutrality,” the spirit of which is the same fair or equal competition that has been advocated in China for a long time and widely accepted. The report encouraged China to develop a “neutrality standard” that fits its particular challenges at home and its changing role in the global economy and move further to conduct a competitive neutrality gap analysis to identify gaps and come with a specific reform action plan. In December 2018, the State Council required that businesses of all sizes and all types of ownership be treated as equals in tendering, land use and other respects “following the principle of competitive neutrality.”

China’s SOE reform is an area where a productive partnership between China and the World Bank worked well for more than three decades. In retrospect, a clear reason why the World Bank managed to stay relevant has been its willingness to adapt to China’s own reform strategy. As the World Bank’s 1997 report pointed out China insisted maintaining state ownership of key enterprises and improving their performance by establishing market-oriented incentives, even when most other countries in transition had turned to systemic, widespread privatization. It was remarkable that, instead of recommending to China the same prescriptions it offered to other countries, the World Bank was humble enough to concentrate on helping China find its way to improve and implement its own reform strategies. Thus, for more than three decades the main theme of the World Bank’s analytical work has been the reform of state ownership.

The 1985 report laid the foundation for the partnership. A key premise of the 1985 report was that SOEs could perform reasonably well when two conditions are provided: a competitive market environment outside and profit motives inside, which were often referred to as the “external” and “internal” incentives in the World Bank’s reports in the 1990s. This comes with a fundamentally important implication: SOEs are “reformable” and systemic, widespread privatization is not the only pathway to success. The main challenge is, instead, a “proper relationship between the state and the enterprise,” a subject on which the World Bank maintained a focus since then. Of course, this does not deny the importance of the development of private enterprises, it only says that economic performance can be improved by reforming SOEs within the framework of state ownership.

Despite the contribution of China’s SOE reform to its overall development success, the questions the World Bank tried to address in 1985 remain relevant and open. If China is to achieve success in the next round of its economic transformation, what must happen to state ownership?

Does China stand a better chance by “converging” with the internationally recognized model as boosted by Western advanced economies, or “diverging” from it based on the belief that a single best practice model does not exist, and its past success justifies no need for convergence? Or rather the pathway to success is to be found at some mid-point along the spectrum of “convergence-divergence”? The relevance of the questions goes beyond China. China’s rising importance in the global economy has meant that the direction of its SOE reform has significant implications to its trading partners. For countries working on their own SOE reform, especially where SOEs are run in a system close to the one China started with in the 1980s, China’s experience may serve as a useful case study.

This was part four in a four-part series on the World Bank’s role in transforming China’s state sector. We published part one, part two and part three earlier in the week.