The World Bank’s Role in the Transformation of China’s State Sector: Part Three 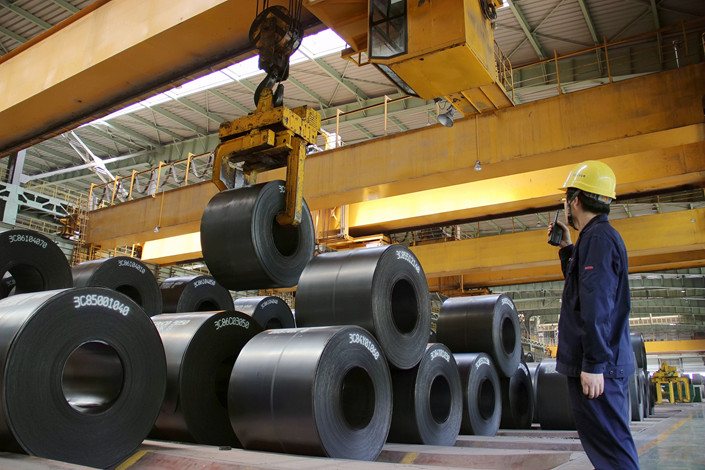 In the past four decades, China has transformed from a Soviet-style planned economy to one in which the market plays an increasingly greater role. As the private sector has flourished, state-owned enterprises (SOEs) have also undergone great changes to adapt to the market economy. Zhang Chunlin, lead private sector development specialist at the World Bank Group’s Trade and Competitiveness Global Practice, describes the role the World Bank has played in helping China’s state sector to transform. Caixin will publish his article in four parts, covering topics including the corporatization of SOEs, the commercialization of state ownership, dividend policy and state capital management.

After the establishment of the State-owned Assets Supervision and Administration Commission (SASAC) of the State Council, the bank provided further support to China’s SOE reform on a specific issue: dividend policy. In essence, this involves an unfinished reform on the financial relationship between the government and SOEs. Since the taxation reform in 1994, in which a decision was taken that the government would not collect profit from SOEs for an unspecified period of time, most SOEs had not submitted any significant profit/dividend to the government. The issue was brought to the reform agenda by the establishment of SASAC as well as the steadily improving profitability of SOEs. In 2003, nonfinancial SOEs earned a total profit of 759 billion yuan, or about $92 billion at the time, equivalent to 6.5% of gross domestic product and 35% of fiscal revenue. In 2005, the World Bank prepared a quick policy note, advising the Chinese government to start formulating and implementing a dividend policy for SOEs. Drawing on international experience, the note discussed three key questions: why SOEs should pay dividends, how much to pay, and to whom. The government soon took action on reform. In 2007, the No. 26 Document of the State Council launched a reform that aimed to collect dividends from SOEs in SASAC’s portfolio and put them into a State Capital Management Budget (SCMB) on a pilot basis. In 2008, the first SCMB was formulated and implemented. However, some issues remained. First of all, there was a consensus that the dividend ratios of 5% and 10% were too low. Second, the approach of setting uniform ratio by the government was questionable. Third, one of the key principles of State Council Document No. 26, namely, the “interconnection” of the SCMB with the general budget, was not implemented.

In this context, and at the request of the Ministry of Finance, a second policy note was prepared in 2009. The World Bank’s note argued that a sound dividend policy must generate effective discipline against insiders while leaving them with adequate managerial autonomy. In light of China’s challenges and relevant international experience, it recommended three actions to deepen the reform started by State Council Document No. 26 of 2007. The first was to raise the flexibility of SOE dividend ratio by adding a dividend ratio determination mechanism to the existing system of state ownership function. The second involves government monitoring and adjustment of the average dividend ratio of all SOEs in the SASAC portfolio. The third was to start integrating SCMB with the general budget. In 2013, China made a further decision to raise the dividend ratio to 30% by 2020 and have the revenue submitted to public finance. Contribution of the SCMB to the general budget remains limited but has been increasing. In 2016, 21.6% the SCMB revenue was transferred to the general budget, although the amount was only 55 billion yuan, insignificantly small compared with the magnitude of the general budget.

In addition to dividend policy, the World Bank also supported the government’s “Northeast Revitalization” initiative by providing advice from the perspective of SOE reform. The three provinces in Northeast China, Heilongjiang, Jilin and Liaoning, make up China’s “rust-belt.” They had a high concentration of SOEs and lagged significantly behind the rest of the country in economic performance. A 2006 study found that dominance of SOEs in the Northeast economies crowded out the private sector. It recommended that the SOE sector be categorized into

different segments so that different transformation strategies can be applied. In addition, investment climate improvements were recommended to attract private investment of both domestic and foreign origins. Finally, the government was advised to move from directing economic activity to facilitating private-sector investment and innovation. In a separate study in 2006 on social security reform of Liaoning province, the World Bank also assessed the financial implication of the payroll tax that SOEs were required to pay for pensions, health insurance, and unemployment insurance.

This was part three in a four-part series on the World Bank’s role in transforming China’s state sector. We published part one and part two earlier in the week. You can also read part four here.