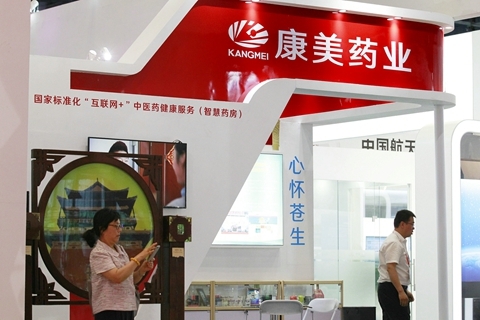 Shares and bonds of one of China’s largest listed drugmakers tumbled Tuesday after the company restated 29.9 billion yuan ($4.4 billion) of 2017 results, fueling suspicions of fraud.

Shanghai-listed Kangmei Pharmaceutical Co. Ltd., a producer of traditional Chinese medicines, said in a filing that there were multiple “accounting errors” in its 2017 results, leading to 29.9 billion yuan overstatement of the company’s cash holding. Late last year, Kangmei said it was investigated by securities regulators for suspected violations of information disclosure rules.

Kangmei’s stock, a component of MSCI Inc.’s global indexes, slumped by the 10% daily limit. The company’s bonds fell by 20%.

Several audit professionals said they were concerned that there may be problems in Kangmei’s financials beyond accounting errors, given the vague language and lack of logic in its correction statement. They said they suspected the company may have intentionally inflated its cash holding and inventories to boost profit.

Kangmei was involved in several bribery cases involving government officials. According to court documents released last June, the company bribed Cai Ming, former director of the drug safety supervision department at the Guangdong Province Food and Drug Administration, to the tune of 300,000 yuan from 2014 to 2015.

In February, the company was rattled by default risks on $300 million of bonds. The crisis was eased later after the Guangdong provincial government stepped in.

This story has been updated to correct the year of Kangmei’s financial report that contained errors. The report was for the year 2017, and it contained multiple errors.