LeTV Brand Rises From the Ashes as ‘Lerong’ 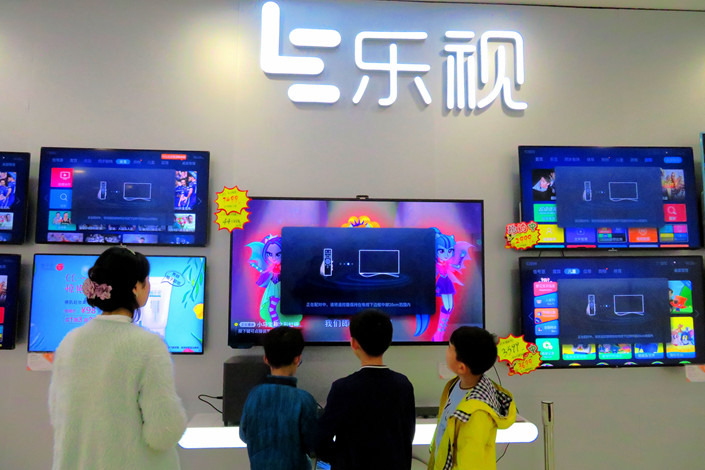 A TV made by LeTV on display at an electronics fair in Central China's Hubei province in April 2017. Photo: IC Photo

LeTV, which revolutionized TV viewing in China with its early adoption of an internet delivery model, is attempting a comeback with a new brand, aiming to recover ground it lost to later arrivals like TCL, Skyworth and Xiaomi.

Smart TVs provide similar offerings to traditional ones connected to cable boxes, but can often do so far more cheaply and with more content by using the internet for delivery. The devices are usually priced less than traditional sets to attract buyers and hook them into long-term subscriptions for content. In 2017, smart TVs dominated the Chinese television-set market with an 86% share, according to Beijing-based data firm All View Cloud (AVC).

LeTV was one of the first into the market with its entry in 2013, giving it a strong early toehold into the sector as it was just beginning. It shipped a record 6 million TVs in 2016. But sales dropped dramatically starting the next year when former controlling shareholder Leshi Internet Information & Technology Corp. began a downward spiral into a massive debt crisis.

After that tumultuous period, the new LeTV is back, now as Lerong, which translates as “joyful.” The new brand unveiled its first series of smart TVs on Tuesday, including models between 43 inches and 65 inches, with price tags starting from 2,199 yuan ($325).

The company is stepping out of Leshi’s shadow using financial support from Sunac and other shareholders, said Lerong CEO and Chairman Liu Shuqing. He added the company aims to sell 1 million to 2 million TVs this year to revive its market presence.

Lerong may face an uphill battle regaining its former glory due to the presence of so many competitors in the space, said Dong Min, a vice president at AVC.

“Xiaomi has been selling well across its various TV models, and Huawei could be another new formidable player with its strong technological advantage,” Dong told Caixin.

Huawei has been planning its foray since at least last year, recruiting research and development staff and salespeople from seasoned domestic rivals like Skyworth Digital Holdings Ltd. and TCL Corp., according to one of the sources.