By Qin Min and Han Wei 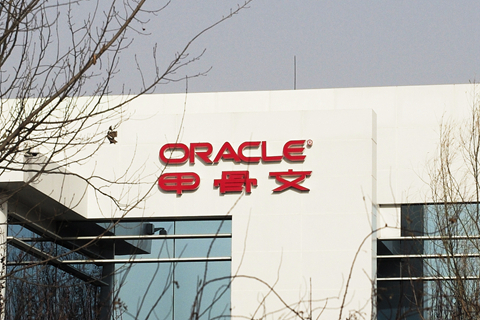 U.S. database giant Oracle Corp. is downsizing its China-based research and development (R&D) team with hundreds of job cuts as the company seeks to reposition its business and expand further into cloud computing.

Oracle didn’t disclose how many people will be affected by the layoffs in China, but media reports said it could dismiss more than 900 employees in the country. One employee told Caixin that job cuts in Beijing alone will total about 500, although the company didn’t confirm that.

Domestic media reported that terminations may be a prelude to shutting down Oracle’s R&D operation in China, which currently employs around 1,600 people.

While Oracle didn’t address that, a mid-level Oracle manager said the company is unlikely to cut all of the unit’s workers as “some of them may be transferred to other departments.” With more than 5,000 employees in China, Oracle is still expanding its sales team in the country, the manager said.

In response to a Caixin inquiry, Oracle didn’t provide details about the force reduction but said the reorganization is part of efforts “to optimize resources and adjust development teams along with the company’s cloud business growth, in a bid to provide better cloud services to China customers.”

Oracle, which supplies database-management systems, has long been a major supplier of IT networks for Chinese companies and organizations, along with server provider IBM and data-storage hardware company EMC.

But the three international IT majors have been increasingly squeezed in the China market because of rising competition from domestic rivals and the transition to cloud computing.

Oracle has stepped up its business transformation into cloud computing in hopes of better competing with industry leaders Microsoft, Amazon and Aliyun, the cloud computing arm of China’s Alibaba Group.

Fan Wenshu, Oracle’s cloud specialist director in Asia-Pacific, told Caixin that Oracle since last year has adjusted its strategy to focus on development of the new generation of cloud computing technology. The strategy change will lead to restructuring of R&D teams.

Compared with established cloud computing technology that is widely used by global rivals, the new generation of technology focuses more on corporate clients and is more reliable and cost-effective, according to Oracle’s billionaire co-founder Larry Ellison, who is executive chairman and chief technology officer of the company. Oracle is aiming to overtake rivals with the new technology.

An Oracle employee told Caixin that he was contacted by the human resources department shortly after the conference call about the layoffs. The company offered a severance package based on length of service and asked employees to sign termination agreements by May 22, according to the person.

According to market data provider Canalys, Oracle lagged behind global cloud computing giants in 2018 global market share. Amazon’s AWS was the top player with 31.7% of the market, followed by Microsoft, Google, Aliyun and IBM.

In the fiscal third quarter ended Feb. 28, Oracle reported a 0.64% rise in revenue to $9.6 billion. The company booked a net profit of $2.7 billion for the period, rebounding from a net loss of $4 billion a year ago.