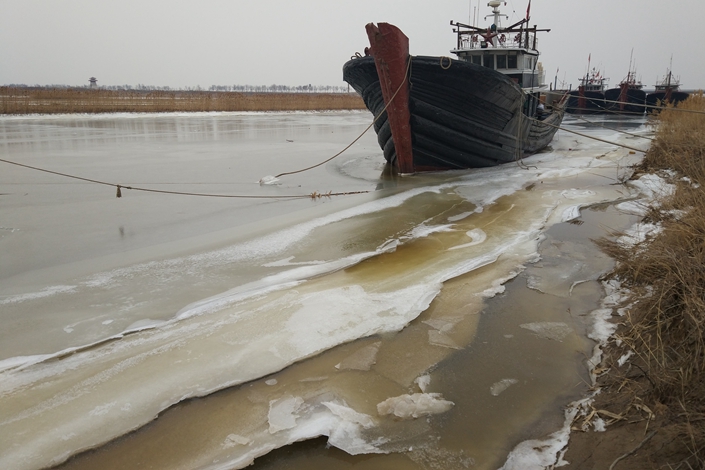 Eight of China’s provinces have been criticized for failing to remedy previously discovered pollution and environmental protection issues.

The criticism came from four central government environmental supervisory groups that carried out follow-up inspections of problem areas found between 2017 and 2018. The teams, which visited 10 provinces in late 2018, released their findings for eight of the provinces this month, namely Anhui, Shandong, Sichuan, Hubei, Hunan, Shanxi, Guizhou and Shaanxi. All eight reports offer damning evidence that local governments failed to enforce environmental protection laws or take steps to rectify the issues. The reports on the other two provinces, Jilin and Liaoning, are expected to be released soon.

In recent years, the central government has been attempting to hold local and provincial governments accountable with inspection tours and strict regulation amid a broader battle against pollution.

Local government departments in cities in Shandong (link in Chinese), for example, were found to have failed to fully rectify violations in “chemical engineering projects” that had been ordered to suspend production. Localities had “chosen to make changes to rectification work, diminishing its effectiveness significantly,” the report read.

The follow-up inspection in Shandong also found that Dongping county, home to municipal-level wetland nature reserve Dongping Lake, had failed to prevent illegal sand mining in the reserve. The Weitan River remained seriously polluted, with sewage overflows and chemical waste stored near the river. Tests found that the water quality was the worst on the measurable scale.

Anhui too received a particularly poor review. The inspection group said that 602 hectares (1,487 acres) of the Anhui Yangtze Alligator Reserve, established to protect the endangered Yangtze alligator, had been destroyed by construction of the Jingxian Development Zone. A July 2017 central environmental inspection reported that there were illegal construction projects in the protected zone. It ordered the provincial-level departments to take action. However, the latest inspection found that little, if any, progress had been made.

Illegal construction projects in Anhui have also impacted a protected area for the endangered Yangtze finless porpoise. After the first inspection round, the local counties merely banned the illegal projects mentioned by inspectors, and failed to actually clean up about 67 hectares of the reserve.

Shanxi was reprimanded for failing to act on air and water pollution. China’s coal-production capital was found to have expanded its coking capacity, despite rules from the State Council, China’s cabinet, prohibiting such an expansion. The province has also been lax in upgrading the industry to be more environmentally friendly, the report said, and wastewater from 12 out of 14 coking plants did not meet standards.

According to the inspection group, the province has also failed to effectively transition residents from a reliance on coal to using gas or electricity for heating. Only 70% of households included in the plan have been connected to gas, and in some areas, local governments have failed to enact a subsidy policy for the more expensive source of heating, leading residents to return to burning coal.

In Sichuan, local departments have failed to correct pollution problems in the Lancang River Basin, failed to make 27 rectifications to 88 sewage plants, and failed to address infrastructure problems in urban sewage systems. The inspection group said that the local governments are “lazy” and paying “insufficient attention to the importance and urgency of ecological and environmental protection.” Of the 544 urban and rural domestic sewage treatment projects that were planned to be completed in 2018, there are still 190 projects that have not even been started.

Guizhou was found to have problems with industrial pollution and sewage treatment plants. Hunan failed to clean up domestic sewage pollution and chemical waste in lakes and rivers. Local governments have also failed to rectify water and soil pollution at manganese and lead-zinc mines, the Hunan inspection report found.