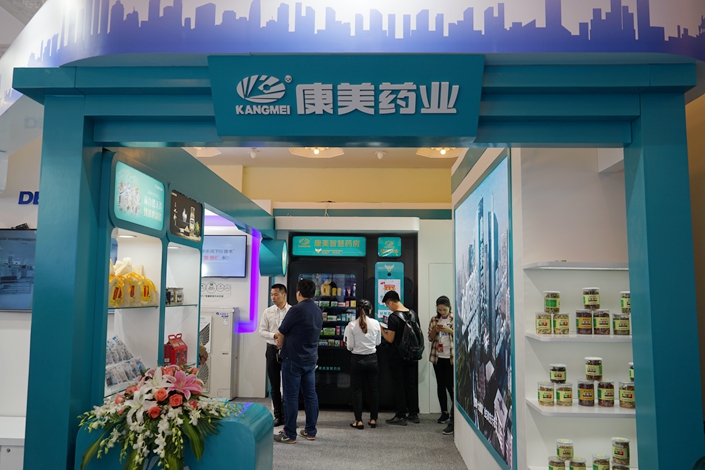 GP Certified is the largest auditing company in Guangdong province and ranked 22nd in China in 2017 with revenues of 492 million yuan. Photo: IC Photo

* An accounting firm has been placed under investigation by the securities regulator. In December, the watchdog placed one of its clients under investigation, after the drugmaker overstated its cash holdings by $4.4 billion in its 2017 financial report

* If the auditor is found to have acted unscrupulously, it could face a fine from the watchdog, which usually amounts to three to four times the institutions’ illegal gains

(Beijing) — The auditor of an embattled pharmaceutical company has been placed under investigation by China’s securities regulator, after the drugmaker was suspected of fabricating a financial report.

GP Certified Public Accountants Co. Ltd. was put under probe by the China Securities Regulatory Commission (CSRC) on Friday, a source close to the accounting agency told Caixin. The firm declined to comment when contacted.

GP Certified is the auditor of Shanghai-listed traditional Chinese medicine supplier Kangmei Pharmaceutical Co. Ltd., which has itself been under investigation by the CSRC since late December for allegedly violating information disclosure laws and rules. The pharmaceutical company announced at the end of last month that it was making massive corrections to its financial report for 2017, including an overstatement of 29.9 billion yuan ($4.4 billion) in the company’s cash holdings, which is a new record of its kind according to Caixin’s calculation. Kangmei’s stock is a component of MSCI Inc.’s global indexes.

The Shanghai Stock Exchange (SSE) on May 5 demanded Kangmei explain how the discrepancy happened, why the errors were not uncovered in a timely manner, who was responsible, and how funds were spent and whether they were used for illicit purposes. The bourse also specifically required the auditor to give its “opinions” on or provide “additional details” in answer to those questions.

“GP Certified Public Accountants is under enormous pressure because it can’t give reasonable answers to many detailed (questions),” the source said. “It would be equivalent to admitting that the agency was engaged in financial fabrication if it gives clear-cut answers.”

In the note issued earlier this month, the SSE blasted Kangmei founder and Chairman Ma Xingtian over his comments to the press following the company’s revelation of the correction, in which he downplayed the incident as an inadvertent error rather than fraud.

“The company (Kangmei) must make a strict distinction between deliberate financial falsification by management and a misunderstanding of accounting standards. It should carry out an honest checkup of whether it violated information disclosure laws and rules while compiling its financial reports,” the SSE said in the note.

Kangmei’s share price has nearly halved since it revealed the correction on April 30.

The company has previously been implicated in bribery cases involving government officials. According to court documents released in June, the company bribed a former drug safety supervision official in the southern province of Guangdong, where it is based, to the tune of 300,000 yuan from 2014 to 2015. In February, the company was rattled by default risks on $300 million of bonds. The crisis was eased later after the Guangdong provincial government stepped in.

Penalties available to the CSRC for unscrupulous financial market intermediary agencies include reprimands, warning letters, and fines, which are usually three to four times the institutions’ illegal gains.

GP Certified has been Kangmei’s auditor since it went public in 2001. The firm is the largest auditing company in Guangdong and ranked 22nd in China in 2017 with revenues of 492 million yuan. Kangmei paid the accounting firm a total of 37 million yuan for services over the past decade, higher than the average paid by listed companies in the country. GP Certified audits another 86 Chinese listed companies, most of which are local firms in Guangdong.