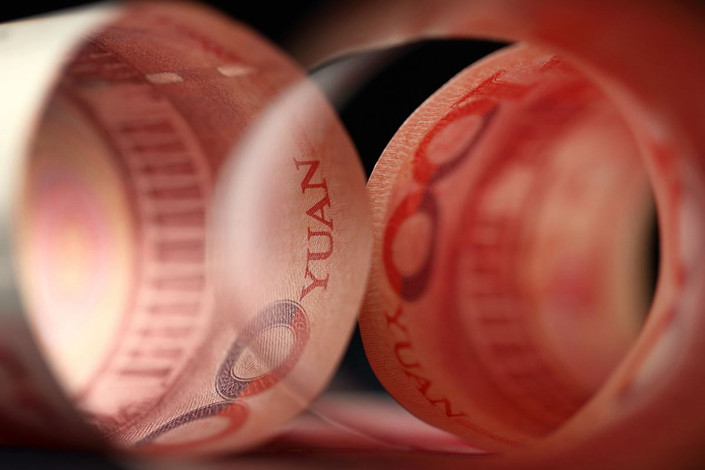 The onshore yuan closed at 6.91 per dollar, down 0.46% from Thursday’s official close, while the offshore yuan fell to 6.95 per dollar.

For the seventh trading session in a row, China’s central bank weakened the central parity rate of the Chinese yuan to 6.8859 against the dollar Friday, 171 basis points or 0.25% lower than Thursday, according to the China Foreign Exchange Trade System.

Traders noticed increasing dollar inflows to the onshore yuan market after midday. When the offshore yuan broke the 6.9 level on Monday, market participants had expected the central bank to defend the currency from weakening past the critical 7 per dollar mark.

“The central bank doesn’t want the yuan exchange rate to be driven by market sentiments,” said Xie Yaxuan, chief economist at China Merchants Securities. He said he expected a low possibility of breaking 7 under the premise that the U.S. dollar doesn’t strengthen significantly.

Related: Yuan Falls to 2019 Low on Setback in Trade Talks