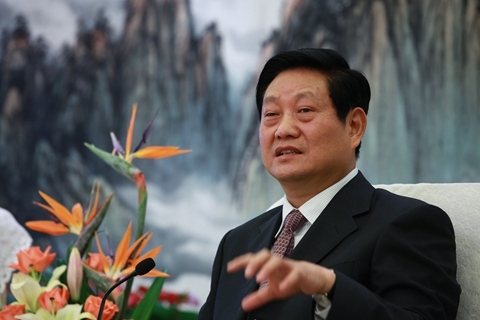 On New Year’s Day 2019, the representative of the owner of a Thai-style resort on China’s Hainan Island introduced a special guest to the staff.

“This is my boss, a former provincial party chief,” said Yao Chunlei, the owner’s representative. “Do a good job to entertain him.” The resort offers the serenity of a private beach and tea-infused spa treatments.

The guest was Zhao Zhengyong, former chief of Northwest China’s Shaanxi province. Every winter, Yao would host Zhao or his family at Anantara Sanya Resort and Spa. They usually stayed for a couple of weeks, a resort staff member told Caixin.

This time, the Zhao family was staying at an 8,600-square-foot villa that could cost more than $900 a night during the holiday season. But this holiday retreat may not have been so relaxing for Zhao as government corruption investigators were closing in.

Two weeks later, on Jan. 15, the Communist Party’s top graft watchdog announced that Zhao had been placed under investigation for “serious violations of law and discipline” — a phrase that usually refers to corruption. The former party chief of the resources-rich region was the first provincial-level official to fall in 2019 to Beijing’s sweeping, years-long anti-corruption campaign.

The investigation came less than a year after Zhao retired as a deputy chairman of the Internal and Judicial Affairs Committee under the National People's Congress, China’s parliament. He was the governor of Shaanxi between 2011 and 2012 and the province’s party chief from December 2012 to March 2016.

Zhao was allegedly involved in a recent high-profile scandal at the Supreme People’s Court, in which he was said to have colluded with a senior judge to influence the verdict in a mining dispute that reportedly involved hundreds of billions of yuan.

Anantara Sanya Resort, located at Sanya Luhuitou Park, a romantic park atop a hill that offers a panoramic view of the South China Sea, is owned by Hainan Dejing Property Investment Co., a wholly owned subsidiary of Shaanxi Coal and Chemical Industry Group Co., one of two global Fortune 500 companies in the big coal producing province.

In 2013, Hainan Dejing spent 1 billion yuan ($140 million) to acquire the operating rights of the Sanya resort. As Hainan Dejing’s general manager, Yao became the owner representative of the resort.

After Zhao’s fall in January, Yao also disappeared. Caixin has learned from sources with knowledge of the matter that Yao is cooperating with the investigation of Zhao.

Yao is commonly known as Zhao’s “white glove” in Shaanxi Coal. The term refers to a person who acts as a middleman between businesses and politicians to facilitate secret deals. Even though his position in the company is not high, senior management members are afraid of him, people at Shaanxi Coal told Caixin.

Zhao has placed similar white glove liaisons in many key companies in Shaanxi province, including Shaanxi Hai An Industry Co. Chairman Yu Wei and Shaanxi Yanchang Petroleum (Group) Co. Ltd.’s former Chairmen Shen Hao and He Jiuchang. All three businessmen are believed to be helping with the investigation of Zhao, Caixin has learned from multiple sources with knowledge of the matter.

Both Yao and Zhao grew up in Anhui province. A former military official, Yao was appointed in the 90s as the deputy director of the propaganda and education office at the Shaanxi Provincial Political and Legal Affairs Commission, directly under Zhao’s leadership.

Yao soon won the trust of Zhao’s wife Sun Jianhui by pleasing their grandson, people close to Yao said. A friend of Yao said he once caught a brilliantly colored golden pheasant from the wild. Yao later obtained the bird from his friend and gave it to Zhao’s grandson as a pet, the friend said.

As Zhao moved up the political ladder, Yao was also appointed to various positions in some key state-owned enterprises.

In 2012, when Zhao became the party chief of Shaanxi province, Yao became the managing director and general manager of Hainan Dejing, where he directed the company’s first major investment, the Sanya resort.

A lawyer who participated the due diligence of the resort project had suggested to Yao that the investment seemed too risky because the financials of the resort’s parent company were problematic. But Yao dismissed the warning and the lawyer later resigned, the lawyer told Caixin.

Yao’s original intention in the investment was to find a retreat place for Zhao’s family in the winter when Shaanxi and most northern parts of China suffer from smog, people with knowledge of the matter told Caixin.

A finance professional familiar with the resort’s operations told Caixin that Yao knows little about hospitality management and appointed an engineer as the general manager of the resort.

“Even though Anantara Sanya Resort has better facilities than the adjacent InterContinental Sanya Haitang Bay Resort, Anantara loses money every year, while InterContinental is profitable, because Yao doesn’t care about hotel management. What matters to him is serving his boss,” the finance professional said.