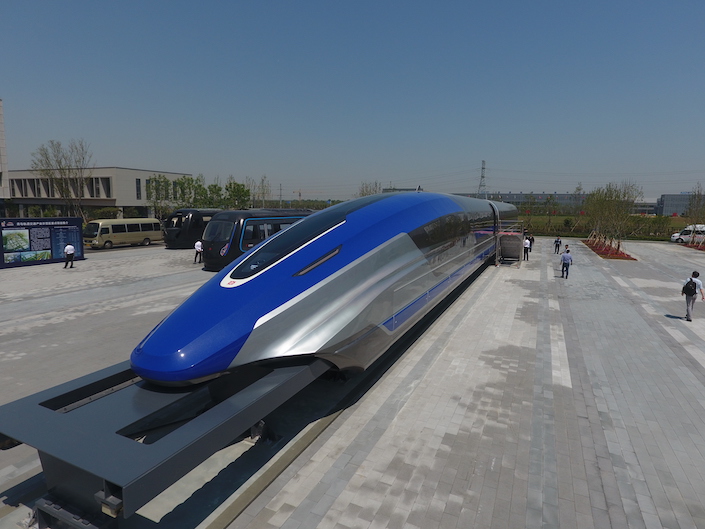 China has just finished manufacturing a prototype for a super-fast magnetic levitation (maglev) train that can reach a maximum speed of 600 kph (373 mph), according to the state-owned manufacturer, China Railway Construction Corp. (CRCC), Xinhua reported Thursday.

The speed would be among the fastest maglev velocities ever recorded. Xinhua called the achievement a “significant breakthrough” in the field.

Over the last few years, high-speed rail has significantly reduced the travel time between Chinese cities. A maglev train would even further shorten such trips. A Beijing-to-Shanghai trip could be reduced by another two hours, for instance.

The testing prototype project started in 2016, with a goal to develop a train with China’s “own intellectual property,” CRCC said. Magnetic levitation is a system in which powerful magnets lift a train off a single, central rail and propel it forward.