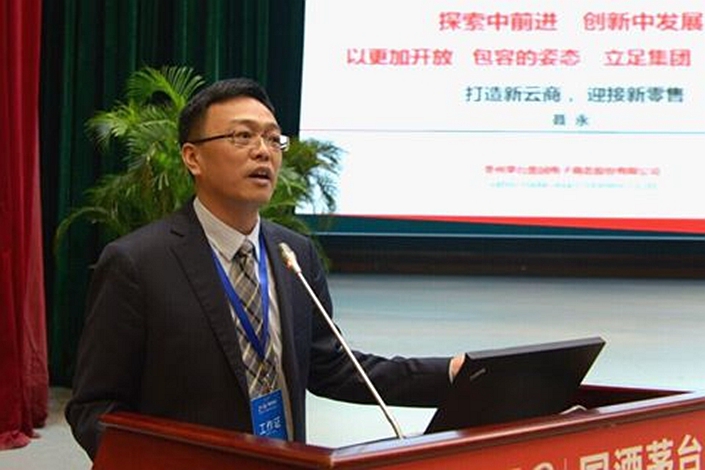 The former e-commerce chief of renowned liquor-maker Kweichow Moutai Co. Ltd., also the world’s most valuable spirit-maker, has been arrested on suspicion of corruption, just days after the company’s former chairman was charged over similar allegations.

The arrests are the latest in a long-running stream dating back six years targeting corrupt officials at government agencies and state-owned enterprises. Big-name companies like Moutai are particularly fertile ground for such corruption, since the company’s liquors are often in short supply and thus can command big premiums beyond their suggested retail prices.

Nie Yong, former chairman of Moutai’s e-commerce division, was being investigated for corruption, according to an announcement late Friday on a WeChat public account associated with the city of Tongren in Southwest China’s Guizhou, the same province where Moutai is based. It added the case would be handled in accordance to the law after completion of the probe.

The same day of the announcement, Nie was arrested on suspicion of corruption by police in Tongren’s Wanshan district. Nie is suspected of opening brick-and-mortar specialty Moutai stores under his own name, a senior source close to the company told Caixin, detailing one allegation against him.

Nie was dismissed from his post last November, at which time the company pointed to a number of issues with the e-commerce division. Those included insufficient mechanisms to protect good corporate governance, mixing of employees’ internal and external affairs leading to loss of benefits to the company, leaking of corporate information and lax and disorderly management. The list also included violations of discipline and regulations, including possible illegal practices — terminology often used to describe corruption.

Announcement of his arrest came just days after word emerged that the company’s former chairman Yuan Renguo was being investigated for accepting massive bribes.

Moutai opened an e-commerce channel as early as 2010 offering a sampling of its products online. Business was slow initially, but began gaining traction four years later when Moutai set up a formal e-commerce company which carried a wider range of its products. Around the same time it also began offering its products on popular third-party platforms such as JD.com and Alibaba’s Tmall.

Nie was promoted to head the unit in 2016 after previously being a vice manager. That same year the e-commerce unit had more than 4.6 billion yuan ($667 million) in transaction volume, approaching 10% of company’s total sales.

Moutai set up the unit for several reasons, including boosting profits by cutting out middlemen and to get more information on its customers. But one of the most important was to get a handle on its retail prices in a country where its well-known and sometimes scarce products are often the subject of rampant profiteering. For example, a 500 milliliter (16.6 fluid ounces) bottle of its Feitian Moutai liquor carries a suggested retail price of 1,499 yuan, far below the 1,800 yuan to 2,100 yuan consumers often paid at many retailers.

Moutai’s stock was formerly a major highflyer due to its strong reputation as China’s premier liquor-maker. But the froth has come off its shares since Yuan and now Nie have been formally arrested and their offenses detailed. Over the last five weeks the shares have lost about 10% of their value, wiping out more than $17 billion in market value.