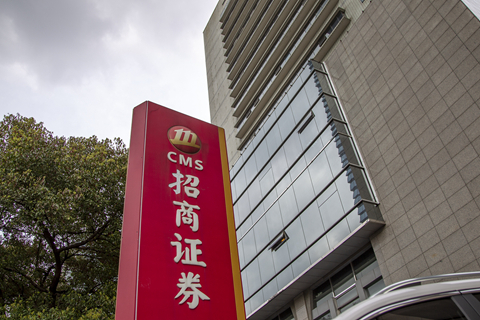 The Securities and Futures Commission (SFC) said Monday it slapped the fine on China Merchants Securities Hong Kong (CMS Hong Kong) for its role in the 2009 listing of China Metal Recycling Ltd., a now-defunct scrap merchant. As a sponsor of the listing, CMS Hong Kong failed to carry out proper due diligence, the SFC said in a statement.

The punishment came as the city’s financial regulator tightened scrutiny of IPO sponsors and took a tougher stance against those who fail to meet their obligations.

UBS Securities Hong Kong, a unit of UBS Group AG and the other sponsor of the China Metal deal, in March was fined HK$375 million and suspended from sponsoring IPOs for 12 months for misconduct in the China Metal case and two other IPOs. They were the 2009 listing of logging company China Forestry Holdings Co. Ltd. and the 2014 offering of Tianhe Chemicals Group Ltd.

Three other global brokerages including Morgan Stanley Asia, Merrill Lynch Far East and Standard Chartered Hong Kong were also fined for involvement in problematic IPOs. The four companies were levied a combined HK$787 million, a record amount of penalties imposed by the SFC on sponsors.

In 2013, China Metal was suspended from trading by Hong Kong regulators for allegedly fabricating financial information, including overstating its financial position in the IPO prospectus. China Metal was liquidated in 2015, and its shares were delisted the next year, leaving investors with big losses.

The SFC said in the Monday statement that its investigation found that CMS Hong Kong and UBS "failed in their due diligence as joint sponsors to address a number of unusual facts and findings" on China Metal and its customers during the listing process.

The two investment banks failed to verify China Metal’s sales contracts, its transactions with a number of third-party companies and its suppliers, the regulator found.

Although early-stage due diligence was carried out by UBS as the lead sponsor, CMS Hong Kong didn’t take any measures to address suspicious issues when it joined the sponsorship, the SFC said.