China Sets Rules for CDR Trading on New High-Tech Board 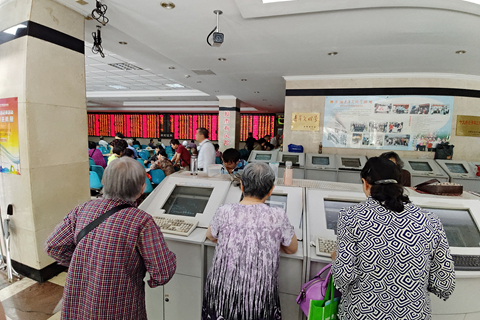 China’s central bank and foreign exchange regulator laid the groundwork for trading of China depositary receipts (CDRs) on the coming new high-tech board by issuing new rules on cross-border capital management for the securities, analysts said.

The new rules, jointly issued by the People’s Bank of China and the State Administration of Foreign Exchange, encourage the use of the yuan in cross-border payments for business involving depositary receipts. A depositary receipt is a certificate issued by a bank that represents equity in a foreign company.

Foreign issuers will be allowed to decide whether to keep proceeds raised by CDR issuance in China or send the funds abroad, according to the new regulations. Analysts said the new rules clear away regulatory hurdles for offshore-registered Chinese companies to list on the new high-tech board through issuance of CDRs.

According to rules released in February for the high-tech board, red-chip firms — mainland companies listed in Hong Kong which have structures similar to the variable-interest entity (VIE) — can list on the high-tech board by issuing CDRs.

China is making the final preparations for trading on the high-tech board as more than 100 companies are under review for potential listing.

The Shanghai Stock Exchange, the operator of the new board, is set to decide on the first three applicants on June 5. If approved, the companies will undergo a final review by the securities regulator in 20 days.

Related: Five Things to Know About China’s New High-Tech Board