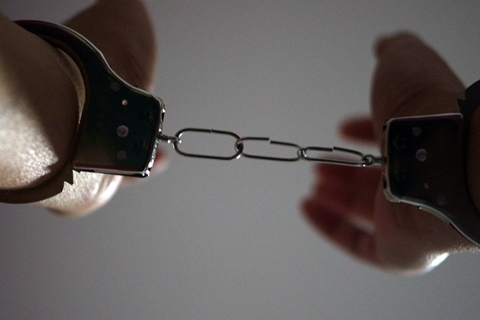 Some parents will do anything for their children. In the bizarre case of Sun Xiaoguo, that meant faking medical records and “inventing” a theft-proof manhole cover to get a son out of a prison sentence for rape — twice.

Police in Yunnan province’s capital Kunming discovered the case when they were investigating other crimes in mid-March, according to a recent statement by provincial authorities. Sun, a suspect in the March investigation, had in fact already been sentenced to death for another crime in 1998, police found.

But, if that was the case, how had Sun been living as a free man in Kunming, where he reportedly ran multiple nightclubs and was allegedly involved in criminal gang activity? The March discovery kicked off a major investigation that brought central gang-busting forces to Yunnan and caused the arrest of at least 43 people, including Sun’s mother and stepfather.

Sun had evaded imprisonment twice, investigators eventually found. He had been arrested and sentenced to three years’ jail in 1994 for rape, but his mother Sun Heyu and stepfather Li Qiaozhong had presented fake medical records to court authorities and persuaded them to release Sun for treatment of a fictitious illness, according to the recent statement.

Then, in 1997, Sun was arrested again for another rape — one of the crimes for which he received a death sentence the following year.

Meanwhile, Sun’s mother, then a police officer in Kunming, was caught helping her son evade punishment and sentenced to five years in prison in 1998. Sun’s stepfather Li was himself fired from his position as deputy director of a district public security bureau and placed under probation in the same year for his involvement in Sun’s case. Nevertheless, Li was able to gain a job as director of the district’s urban law enforcement bureau in 2004, where he stayed until he retired in October 2018.

Despite their previous run-ins with the law, Sun Heyu and Li were once again able to get their son out of prison after his second conviction. A recent statement, which didn’t specify when Sun’s most recent release took place, said his sentence had been cut short because he had received a patent for a type of anti-theft manhole cover while in prison. Chinese law allows prisoners’ jail terms to be shortened if they’re deemed to have made an important scientific or technical contribution to society while doing time.

But Sun was not actually the inventor of the manhole cover, investigators found this year. Rather, Sun Heyu and Li had colluded with prison and court officials to falsely attribute the invention to Sun and expedite his release. According to Chinese news site The Paper, Sun’s “invention” was filed to China’s patent office in October 2008.