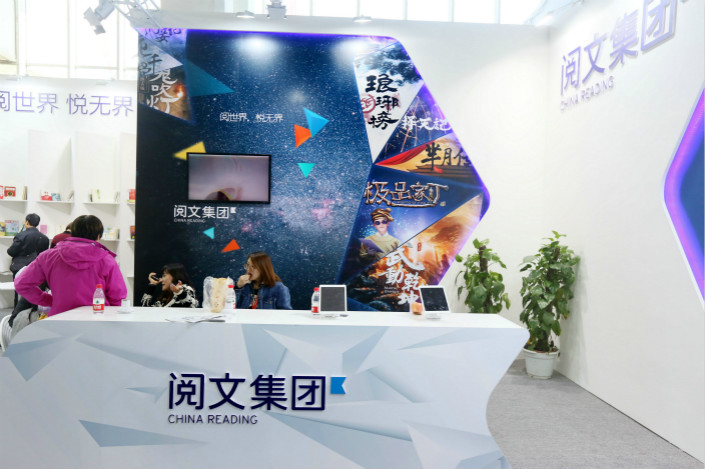 One of Tencent's most valuable investments is sinking as China expands its crackdown on online content.

China Literature, in which Tencent holds a controlling stake, tumbled as much as 10% before closing down 7.3% at a new low in Hong Kong, as another of its online sites was targeted for alleged violations. The stock has dropped more than 70% from a record high reached shortly after its debut in November 2017, when it was one of the city’s hottest new listings. It is still 45% below its initial public offering price.

Beijing Jinjiang Networking Technology was put under investigation by local authorities on Thursday for allegedly disseminating obscene information, China News Service reported last week. China Literature holds 50% of Beijing Jinjiang, according to its annual report. The Shanghai city government had ordered China Literature to clean up another website earlier that week, after it was found of spreading “vulgar and pornographic” information.

The latest crackdown -- which shows China’s online content regulation has spread from areas like real-time messaging tools and games -- will dampen sentiment in the near term, according to Bocom International Holdings. Over the past year, China has stepped up efforts to clean up its Internet sphere, suspending game license approvals and barring social networking apps. The measures have hurt related stocks.

“People are worried about the policy risk facing the online literature sector, especially after the leading sites were targeted,” said Gigi Zhou, a Beijing-based analyst with Bocom. “It’s inevitable that such regulatory moves will have an impact on stock prices.”