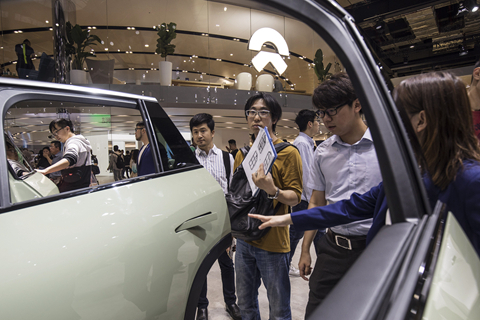 New York-listed Nio said it will form a joint venture with Beijing E-Town International Investment and Development Co. Ltd. in the Beijing Economic-Technological Development Area on the southern edge of the city. Beijing E-Town will support Nio in building a new manufacturing facility for its next-generation platform 2.0 vehicles, which are set to hit the market around 2021, Nio said. The company added that the parties are still in talks to work out a final binding definitive agreement on the investment.

Nio’s vehicles are currently produced in partnership with state-owned JAC Motors in Anhui province capital Hefei. The company in March abandoned a plan to build a factory in Shanghai because of competition from Tesla Inc.

An increase in research and general expenses was expected to make it harder for the company to profit, but Nio actually narrowed costs and losses during the period.

The company attributed declines in key performance figures to factors including the phasing out of EV subsidies, ongoing trade tensions, the Chinese car industry’s slowing and intensifying competition.