By Fang Zuwang and David Kirton 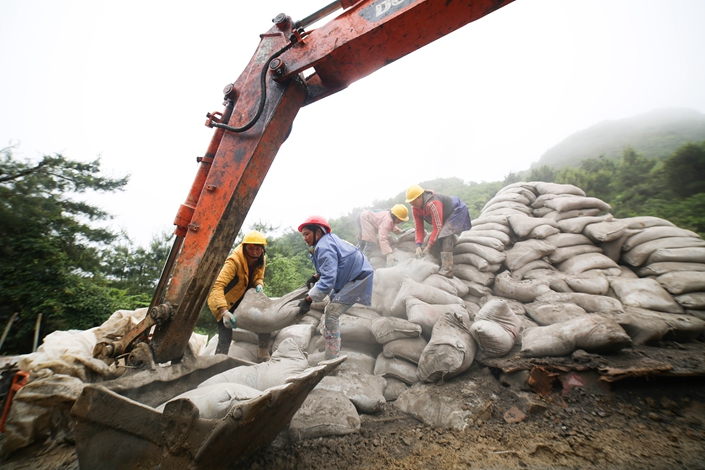 While China’s cement-makers enjoy solid profits on the back of a construction boom, the domestic industry is starting to look over its shoulder at rising imports from Vietnam, whose cheaper product is starting to eat into market share.

China’s imports of cement clinker, the lumpy material that is processed into cement, ballooned by 152% year-on-year in the first four months of 2019, reaching 5.69 million tons, according to data from the General Administration of Customs.

While imports contributed just 1.4% of China’s total cement clinker in the first four months of this year, industry expects this figure will rise substantially in the years ahead. The majority comes across the southern border from Vietnam, where lower labor costs and an excess of capacity contribute to final prices around 40 yuan ($5.79) to 50 yuan per ton lower than domestically produced cement clinker, according to Wang Qi, an industry analyst at Zhouchang Information.

Domestic producers are taking preemptive steps against a feared flood of cheaper imports in the future. On May 16, industry body the China Building Materials Enterprise Capacity Cooperative Enterprise Alliance complained that the growth in cement clinker imports was disrupting the market and amounted to dumping, and announced that it would meet with related industry associations on how to deal with it.

This followed earlier action, with the industry group recommending in October 2018 that the government move to limit imports via barge along the coast, supposedly over environmental concerns. It also called for the Ministry of Commerce to launch anti-unfair competition and anti-dumping investigations against produce from the country’s southern neighbor.

Yet domestic producers nevertheless have enjoyed bumper profits, with cement clinker prices reaching a five-year high of 440 yuan per ton in the first quarter of this year, according to Minsheng Securities. Demand continues to rise thanks in part to a boom in real estate, with new housing construction increasing by 13.1% year-on-year in the first four months of 2019, according to China Merchants Securities.

After strong profits in 2018, domestic producers are expected to perform well in 2019, when demand forecast to rise by 6.95%, according to Minsheng Securities.