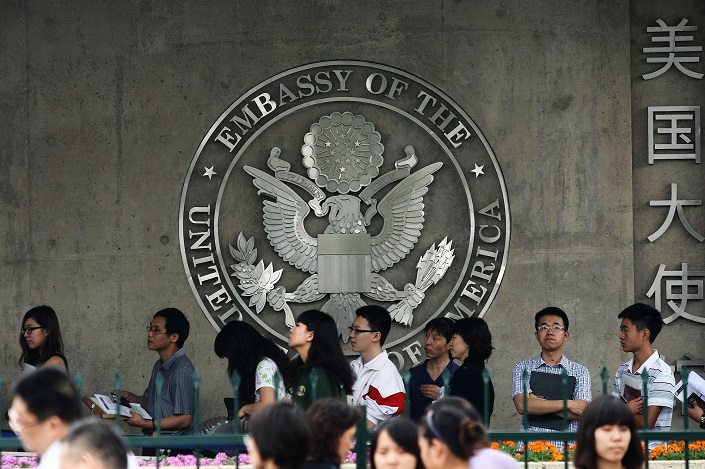 People wait in line to apply for visas outside the U.S. embassy in Beijing on June 26, 2012. Photo: VCG

China is urging citizens to be wary of heightened “risks” when studying in the U.S.

Some Chinese citizens who had applied to study or are currently enrolled at U.S. institutions have faced constraints including extended visa processing periods and increased rejection rates, according to a warning issued Monday by the Ministry of Education, which asked Chinese people to “strengthen assessment of risks” when planning to study abroad.

Reports emerged earlier this year of Chinese students and scholars in engineering and science programs at U.S. universities experiencing problems similar to the ones described in the warning.

“We hope to allow people to legally travel and immigrate to the United States while protecting U.S. citizens and national security,” a spokesperson from the U.S. Embassy in Beijing told Caixin in March in response to the issue.

Related: In Depth: Chinese Students in Limbo as Wait for U.S. Visas Stretches for Months