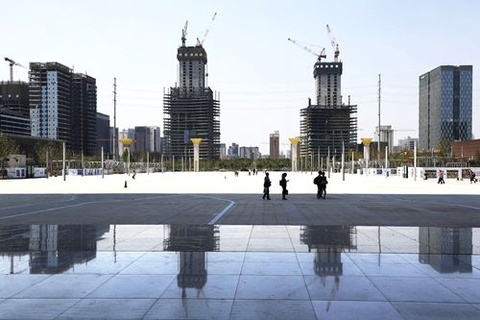 Chinese business financing conditions have improved somewhat since 2018 after the government switched monetary policy to moderate easing, but Fitch Rating said it expects a further rise in corporate bond defaults in 2019 as a result of higher refinancing pressure, the government’s increased tolerance for defaults and investors’ risk aversion.

The continuing U.S.-China trade frictions will dampen investors’ confidence, hurt manufacturers’ profits and lead to a depreciation of the Chinese yuan, according to Fitch. If the trade talks move in a more unfavorable direction, it will be more difficult for Chinese companies to raise funds overseas, said Jenny Huang, director of China Corporate Research at Fitch Rating.

As banks have tightened credit to real estate developers since 2018, small to medium-sized developers may face higher liquidity risks in 2019, Fitch said.

All of the 22 defaulted issuers in the first four months of 2019 were private enterprises.

China has taken a series of measures to attract more foreign investment in its $14 trillion bond market, the world’s third-largest, as the country further opens up its capital markets.

In April, Chinese government bonds and policy bank bonds were added to the $54 trillion Bloomberg Barclays Global Aggregate index, a move expected to attract $150 billion of additional capital inflows to the onshore Chinese bond market by 2020.

Some foreign investors are concerned about unreliable financing disclosure, inadequate governance of domestic companies and the lack of a mature legal framework to protect investors’ interests, Fitch’s Huang said.

In contrast with caution about Chinese corporate bonds, bonds issued by borrowing vehicles set up by China’s local governments are winning favor from international investors.

Local government financing vehicles (LGFVs) have been a major driver of China’s investment boom in the past decade, funding projects from roads to hospitals and airports. Bonds issued by LGFVs usually get high ratings because they have strong and stable funding support from governments.

Since last year, to cope with slowing growth and the trade war with the U.S., China has allowed local government to speed up issuance of special-purpose bonds to fund infrastructure projects.