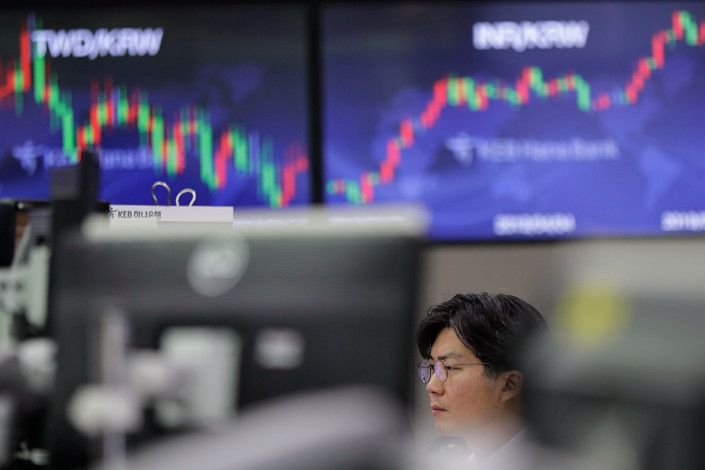 As of the end of April, 106 companies had implemented debt-for-equity swaps that involved a total of 909.5 billion yuan, government data show. Photo: IC Photo

The use of debt-for-equity swaps has picked up in China since the central bank freed up commercial banks’ reserves to support a campaign to reduce corporate leverage.

As of the end of April, 106 companies had completed debt-for-equity swaps that involved a total of 909.5 billion yuan ($131.6 billion), Lian Weiliang, a deputy director of the National Development and Reform Commission, the country’s economic planning agency, said Wednesday at a press briefing (link in Chinese).

Nearly 56% of that amount, or 508 billion yuan, was implemented after early July, when the People’s Bank of China (PBOC) cut the amount of money that banks have to hold as reserves for some major commercial lenders, Huang Xiaolong, a deputy head of the PBOC’s Financial Stability Bureau, said at the briefing. That reserve cut released around 500 billion yuan in liquidity, which lenders were told should be used to support debt-for-equity swaps.

The growing use of the debt-for-equity swaps marks a step forward in the government’s campaign to cut corporate leverage. The swaps had been criticized as an ineffective debt reduction tool because debt-holders had been slow to pick them up, primarily due to fundraising difficulties and uncertainties about returns on the investments.

The market-based debt-for-equity swaps are an initiative that the central government introduced in September 2016. Through the initiative, creditors can exchange debts they hold in a company for stakes in its equity. Alternatively, an investor can inject capital in exchange for shares, giving the company money that can be used to repay debts. Commercial banks, which have lent large sums of money to the corporate sector over the past decades, are the main users of these swaps.

China’s State Council, the cabinet, vowed last month to take new measures to increase the usage of debt-for-equity swaps. The government is encouraging more privately owned enterprises to participate, Lian said. Less than a quarter of the 106 companies that had implemented debt-for-equity swaps by April, or 24, are private firms.

Yet some have cautioned against expecting too much of the initiative. “We do not expect swaps to have a significant impact on corporate deleveraging,” S&P Global Ratings analyst Chang Li said in a report released at the end of last month, adding that more government reforms are needed to cut corporate debt levels.

Initially, debt-for-equity swaps relied on share-repurchase agreements, under which a company agreed to buy back the shares that creditors had exchanged for debt, Li said. That means that the company would have to repay the equity investors sooner or later. In contrast, swaps without repurchase arrangements — which some companies have begun experimenting with — require lots of structuring that only works when conditions are right, such as when their parent companies are listed, he said.

In China, the ratio of nonfinancial corporate debt to gross domestic product (GDP) has continued to fall, standing at 151.6% at the end of 2018, down from 153.9% a quarter earlier and 158.1% a year earlier, according to data released Tuesday by the Bank for International Settlements, an international financial institution that serves as a sort of central bank for central banks. China’s macro leverage ratio, which measures all outstanding debt in the real economy against GDP, dipped to 249.4% at the end of 2018, down 1.5 percentage points from a year earlier, PBOC data show.