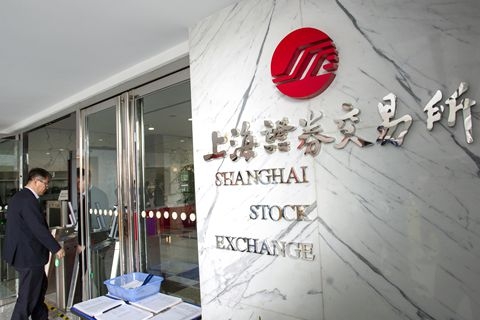 The Shanghai bourse approved the first three companies to float on the new high-tech board. Photo: VCG

China flashed the first green light to three companies to proceed with listing on the new Nasdaq-style high-tech board in Shanghai, according to a statement published Wednesday by the Shanghai Stock Exchange.

The Shanghai exchange, the operator of the new board, reviewed listing applications Wednesday of Shenzhen Chipscreen Biosciences Co., Suzhou TZTEK Technology Co. and Anji Microelectronics Technology (Shanghai) Co. In passing the review, the three companies became the first to gain eligibility to trade on the Science and Technology Innovation Board.

The three companies need to file listing registrations with the China Securities Regulatory Commission (CSRC) after they receive final approval documents signed by the Shanghai exchange. The securities regulator will have up to 20 working days to decide whether their registrations will be accepted. The companies must list within one year of obtaining CSRC approval, according to rules published for the high-tech board.

The new board, approved early this year, is a testing ground for reforms to the country’s $6.4 trillion stock market. It marks a major shift from China's existing boards by using a market-based registration system for new listings, aimed a shortening the current process, which requires far more time and major regulatory vetting by the CSRC.

The board is designed to mainly host companies with new technologies in emerging industries and high-quality enterprises with new business models in areas highly desirable to investors.

The three companies are among 117 that have applied to float on the new board, which started accepting applicants in March. The Shanghai bourse in April set up its first 38-member listing review committee consisting of accountants, lawyers, regulators and members from academic, industry and market institutions.

Overall, reviews by the Shanghai bourse on the three applications took between 55 and 61 days.

Shanghai-based Anji Microelectronics is set to raise as much as 303 million yuan to fund its business in advanced materials development for semiconductor products.

While approving the listing plans, the committee required that Shenzhen Chipscreen and Suzhou TZTEK provide supplementary documents to explain certain issues such as manufacturing facilities and inventories. All three companies also need to answer further inquiries on issues related to profit outlook, technology and business model, according to the Shanghai bourse.

The exchange said it is set to hold meetings June 11 and 13 to review the applications of six more companies.

The Shanghai exchange last month conducted at least three test runs of the new board in hopes of getting all related technologies ready, according to a document released by the China Securities Depository and Clearing Corp.

While rushing for the debut of the new board, regulators have also accelerated reforms on listing rules for the broader market, including easing requirements on applicants’ profitability and the way stocks are priced.

The securities regulator approved all 11 applications for domestic IPOs in May, the first 100% record since at least January 2018, according to Bloomberg.