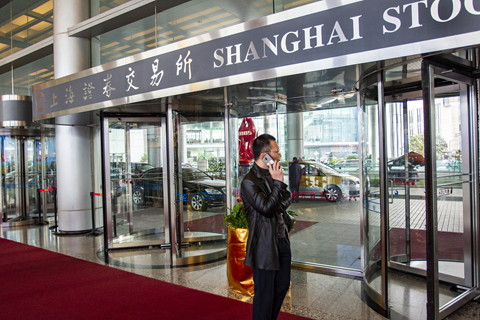 China’s new Nasdaq-style high-tech board is making final preparations at the starting line to commence trading as regulators speed up clearing listing applications.

The Shanghai Stock Exchange, the host of the Science and Technology Innovation Board, said Tuesday that it plans a final technical test run on the new board Saturday, simulating a full day of trading and testing all trading functions. Passing the test would mean the new board is ready for formal trading at any time, a tech staffer at a brokerage company said.

The Shanghai bourse cleared the listing plans Tuesday of a second batch of three companies, bringing the number of companies eligible for trading on the new board to six. The bourse is set to review 10 more applicants later this week and next, bringing the total of initial public offering (IPO) candidates to 16, according to the bourse. More companies are in line for reviews.

The Shanghai exchange said all software for the new board will be activated after the Saturday test, and access for investors will be ready. The exchange hasn’t announced a starting date.

The new high-tech board has completed three complete test runs and special trials of 12 trading days. No major technical issue has been detected, according to several industry sources. But they added that smooth test runs can’t rule out all possible problems when formal trading starts.

The high-tech board, proposed by President Xi Jinping in November, is designed to improve the Chinese mainland’s appeal to technology companies and encourage them to list at home rather than abroad. A key change is the shift to a market-based registration system for new listings that is intended to resolve the shortcomings of the current lengthy, bureaucratic IPO process on mainland boards.

The new board will also be a testing ground for other stock market reform measures such as relaxed daily limits and acceptance of companies with variable-interest entity (VIE) structures.

The bourse gave the first green light June 5 to three companies to list on the new board. All three filed for IPO registration with the China Securities Regulatory Commission (CSRC) and are awaiting the regulator’s decision, according to the CSRC.

Under the rules for the new board, upon receiving consent documents issued by the Shanghai bourse after listing review, applicants will file listing registrations with the CSRC. The securities regulator then has as many as 20 working days to decide whether to consent to the registrations. Once that is given, the companies need to list within one year, according to the rules.

So far, candidates passing the review are from the pharmaceutical, semiconductor, instrumentation and special equipment manufacturing sectors. Analysts have predicted that about 30 companies will be ready to debut on the new board once trading starts.

As of Tuesday, 121 companies filed applications for listing, according to data from the Shanghai exchange. Two applications have been suspended including robot maker Ninebot and new material developer Novoray Corp.