Opinion: Trade War Is Only Symptom of China-U.S.’ ‘New Normal’ 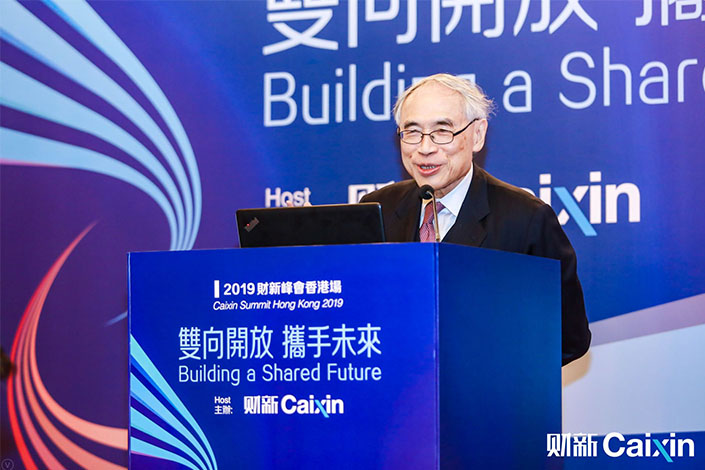 * Even if trade war isn’t settled, China’s economy is poised to grow at an average rate of between 5% and 6% a year for the next two decades

* Competition between China and the U.S. for economic and technological dominance didn’t start with the current administration, and won’t end with it

(Hong Kong) — While the impacts on the Chinese economy of U.S. tariffs have certainly been significant, they are still relatively small in real terms and quite manageable for China. There is no need to panic. The sky is not falling.

The Chinese economy is sufficiently resilient that it will be able to adopt appropriate measures, and maintain significant positive economic growth. For example, it can increase domestic aggregate demand by mandating the enhanced provision of public goods such as environmental preservation, protection and restoration, education, health care and elderly care.

However, the uncertainty created by the trade war has negatively affected both fixed-asset investment and consumption by putting major decisions on hold. And even if the trade war ends, economic and technological competition between China and the U.S. is likely to continue for a long time.

The direct domestic value-added content of Chinese exports to the U.S. is less than 25% of the gross export value. Thus, the maximum direct loss in Chinese GDP, assuming that half of the exports to the U.S. are completely halted, may be estimated at 0.45% (half of 3.6% multiplied by 25%) — a tolerable level.

With the indirect effects of the reduction of Chinese exports kicking in, the total domestic value-added content affected will eventually increase to 66% cumulatively. This implies ultimately a maximum total loss in Chinese GDP of 1.19% (half of 3.6% multiplied by 66%). In absolute terms, this amounts to $156 billion in 2018 prices. There is also the threat of a 25% tariff on the remaining half of Chinese exports of goods to the U.S. The maximum damage that can be done is therefore 2.38% (3.6% multiplied by 66%) of GDP, which is significant but not intolerable.

However, it appears unlikely that the tariffs on this last batch of Chinese exports to the U.S. will be implemented in full because they consist of products such as Apple Inc.’s iPhones, personal computers, garments and shoes and packaged re-exports of semiconductors.

U.S. President Donald Trump’s primary objective is to run for and win reelection in 2020. He will use China as a villain in the presidential election, as he did in the midterm election. Bashing China will appeal to his base constituency of rural, non-college-educated, white males. Moreover, Nancy Pelosi, the Speaker of the U.S. House of Representatives, is also a persistent critic of China. So, one cannot expect a let-up of the anti-China rhetoric in the U.S. any time soon.

Competition between China and the U.S. for economic and technological dominance will not go away soon. It did not begin with Trump. Both the “pivot to Asia” and the “Trans-Pacific Partnership” were initiated by former President Barack Obama as initiatives aimed in part at containing China. It will not go away even after Trump leaves office.

The competition between China and the U.S., whether friendly or unfriendly, can be assumed to be an ongoing and long-term one. It is the “new normal.” The trade dispute is only a symptom of this. Graham Allison, a political scientist at the Kennedy School of Harvard University, has written about the inevitability of a China-U.S. war. As a rising power challenges the dominance of an established power, the established power is likely to respond with force. He refers to this “inevitability” as the “Thucydides Trap.”

However, the rise and fall of the former Soviet Union between the end of World War II and 1990 provides a counter-example. The truth is that a thermonuclear war today would be so devastating that there would be no real winners. Both countries should promote greater mutual economic interdependence so that a war between them would be unthinkable, just as another war between France and Germany, which fought three — in 1870, 1914 and 1939 — is not possible today.

It is likely that the China-U.S. trade negotiations will be stretched out, perhaps with an interim “understanding,” and that the U.S. tariffs on the remaining approximately half of Chinese exports of goods to the U.S. will be put on hold. A complete rupture of China-U.S. relations is unlikely, as the U.S. still needs Chinese cooperation on such issues as North Korean denuclearization, and large U.S. corporations still have significant interests in the Chinese market. China also needs the U.S. to supply critical semiconductors and semiconductor manufacturing equipment.

Regardless of the ultimate outcome of the China-U.S. trade war, the Chinese economy is poised to grow at an average rate of between 5% and 6% per annum over the next couple of decades. The U.S. economy is projected to grow at 3% per annum during the same period. The Chinese economy is likely to surpass the U.S. economy in terms of aggregate real GDP at market prices in the early 2030s. However, Chinese real GDP per capita will lag behind that of the U.S. until the end of the century.

Lawrence J. Lau is a Ralph and Claire Landau Professor of Economics at the Chinese University of Hong Kong, and a Kwoh-Ting Li Professor in Economic Development, Emeritus, at Stanford University.

This piece is based on excerpts of the author’s book "The China-U.S. Trade War and Future Economic Relations," which the author presented at the Caixin Summit Hong Kong 2019 on June 9.

This article has been updated to correct its source. It was based on excerpts of the author’s book.