By Zhang Qi and Wu Gang 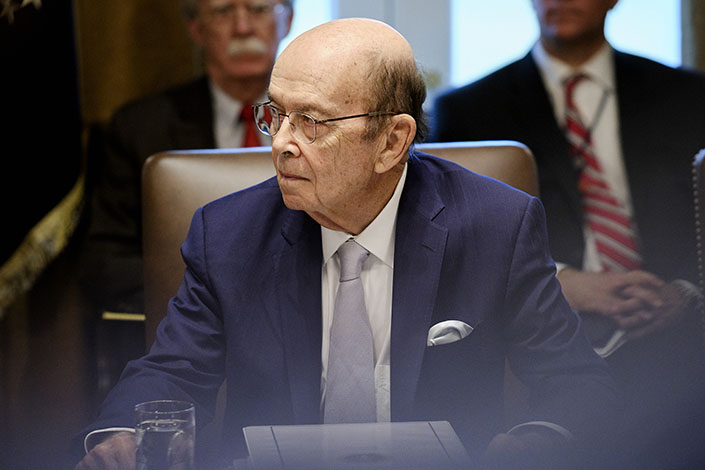 Many of the hundreds of U.S. companies that supply Huawei Technologies Co. Ltd. have been contacting the government for exemptions to the ban on selling their products to the Chinese telecom giant, U.S. Commerce Secretary Wilbur Ross said.

The U.S. government will “look favorably” on Huawei suppliers that sell parts that are “not central” to U.S. national security, Ross said Tuesday in response to a Caixin reporter’s question during a news conference at the SelectUSA Investment Summit in Washington D.C., which aims to promote investment in the country.

Caixin reported Tuesday that U.S. chipmaker Intel Corp. has been pushing the government to allow it to continue selling components to Huawei. Google, whose android mobile operating system has been used by Huawei in its popular smartphones, has also been trying to convince the U.S. government to exempt it from the ban, the Financial Times reported last week.

In mid-May, the Commerce Department announced that it was adding Huawei to a so-called Entity List, a change that requires all U.S. companies to get a license to supply technology to the company. The move, which will in effect cut off Huawei from a significant portion of its suppliers, is widely seen as the Trump administration’s attempt to strangle a technological competitor.

Google, Intel, chipmaker Qualcomm and some European and Japanese companies reportedly suspended their supplies of parts to Huawei soon after the U.S. ban.

When the Caixin reporter asked for confirmation about U.S. companies seeking exemptions from the government, Ross said: “Many of the current suppliers to Huawei have been in touch with us in one form or another.”

“Those that are not central to national security interest, we will tend to look favorably upon,” he said.

The Commerce Department on May 20 postponed adding Huawei to the Entities List for 90 days. Ross said the delay was supposed to give the company’s suppliers a chance to apply for exemptions.

In late May, the Chinese government announced that it would soon release its own blacklist to punish U.S. companies that cut off Chinese companies for reasons unrelated to business.

Read more about Huawei’s troubles in the U.S.