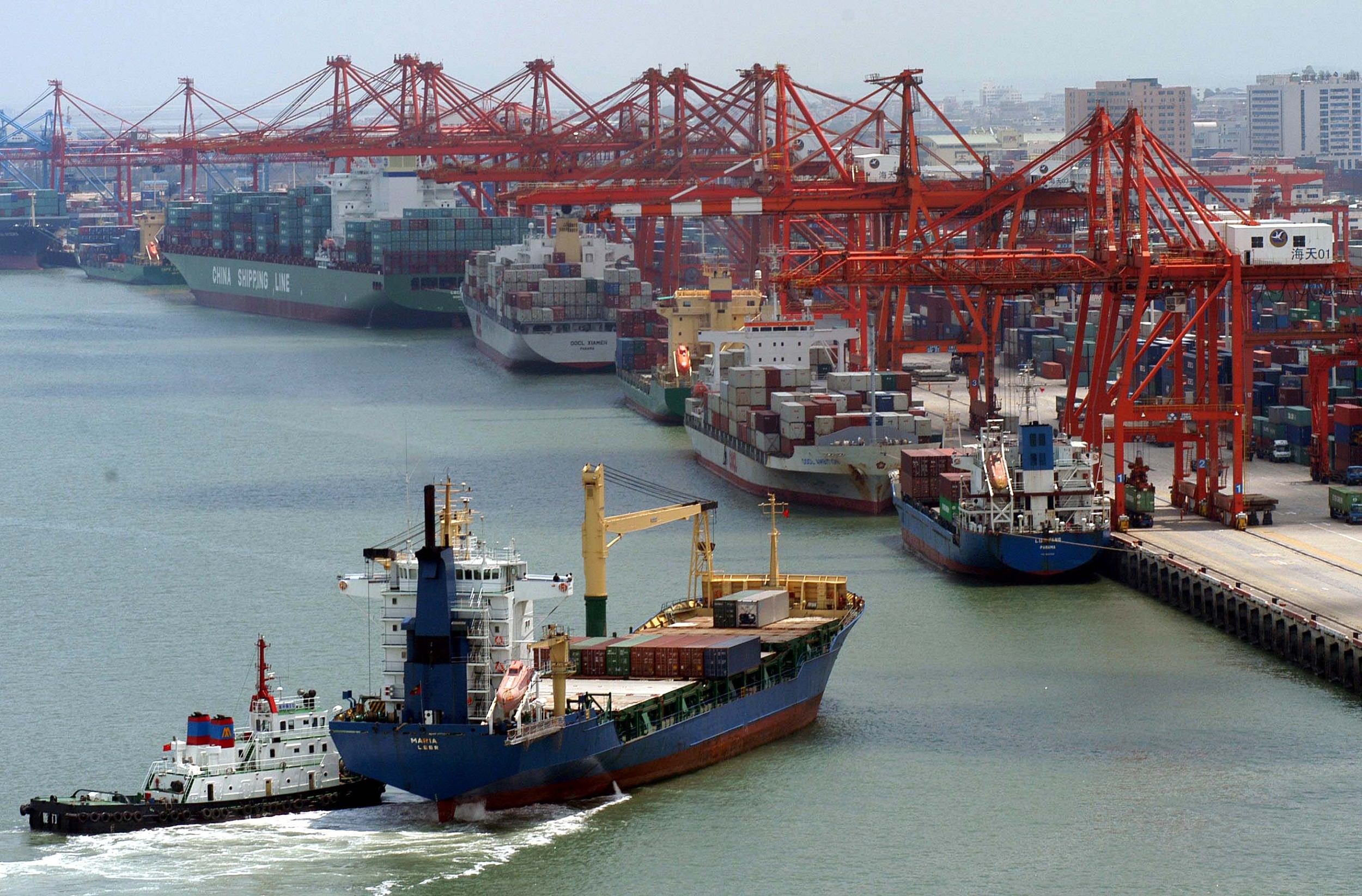 A cargo ship heads into the port of Xiamen in East China’s Fujian province in November 2005. Photo: VCG

* China’s trade surplus swelled to $41.7 billion in May, more than triple April’s figure of $13.8 billion

China’s trade surplus surged to its highest level this year in May, as imports declined at the steepest pace in nearly three years, official data showed Monday.

China’s imports of goods fell 8.5% year-on-year to $172.2 billion, marking the steepest decline since July 2016, according to data released (link in Chinese) by the General Administration of Customs. The reading compared to a 4% increase in the previous month and missed the median forecast of a 3.5% drop from economists polled by Bloomberg.

Exports edged up 1.1% year-on-year to $213.9 billion in May after a 2.7% decrease the month before, the data showed. The reading beat the economists’ median forecast of a 3.9% decline.

China’s trade surplus swelled to $41.7 billion in May, the highest since December. The reading more than tripled from April’s $13.8 billion, and was up 67.5% from a year earlier.

Excluding the increase in April, China’s imports have been falling since November in a sustained drop that underlines sluggish domestic demand, economist Marcel Thieliant of research firm Capital Economics said in a note.

“We expect export growth to remain positive in June, likely supported by a continued front-loading of U.S.-bound exports, but it should then tumble in the third quarter, when we expect the threatened tariffs to be imposed,” economists from Nomura International (Hong Kong) Ltd. said in a note.

Over the past year, the U.S. government has imposed punitive tariffs on $250 billion of imports from China, prompting Beijing to respond in kind. Last month, U.S. President Donald Trump ordered the Office of the U.S. Trade Representative to “begin the process of raising tariffs on essentially all remaining imports from China, which are valued at approximately $300 billion,” according to a statement from the office.

Amid growing pressure from the trade war between China and the U.S., Nomura economists expect Beijing to step up stimulus measures to “stabilize financial markets and growth.”

Chinese officials echoed the point last week. China has lots of policy room if trade war worsens, the country’s central bank People’s Bank of China Governor Yi Gang said in an interview with Bloomberg last week. “We have plenty of room in interest rates, we have plenty of room in the required reserve ratio, and also for the fiscal, monetary policy toolkit, I think the room for adjustment is tremendous,” he said.

China’s surplus with the U.S. edged up to $26.9 billion in May from $21 billion in April, the highest since January, customs data showed.

Yi met with U.S. Treasury Secretary Steven Mnuchin on Sunday at the G-20 Finance Ministers and Central Bank Governors’ meeting in the southern Japanese city of Fukuoka, during which the two officials had “candid discussion” of trade issues, according to a tweet that Mnuchin posted that day.