By Liu Jiefei and Zhang Qi 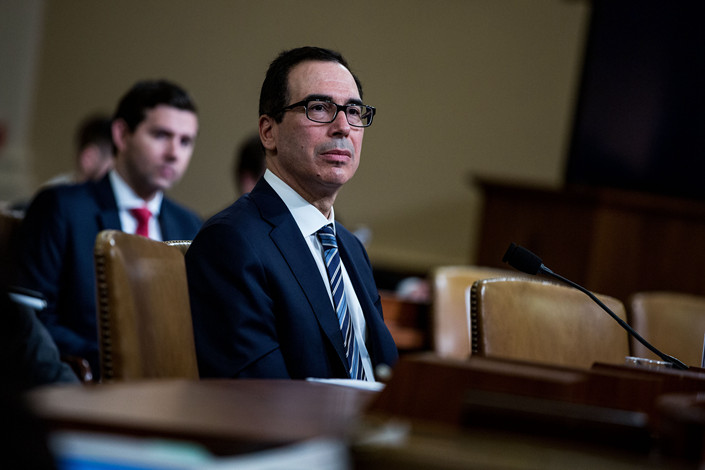 * But China says it has not received word about the U.S. delegation’s next visit

(Beijing) — U.S. Treasury Secretary Steven Mnuchin said Wednesday he was likely to travel to Beijing soon for another round of trade negotiations amid reescalating tensions.

“My expectation is that we’ll be most likely to go to Beijing at some point in the near future to continue those discussions,” Mnuchin said at a Senate Appropriation Subcommittee hearing, without giving details. “And I think it’s President Trump’s expectation to meet with President Xi at G-20 at the end of June,” he said.

The G-20 summit is scheduled to be held in Japan in late June.

“We had a constructive meeting with the vice premier (Liu He) when he came here. We are continuing discussions. There’s still a lot work to do,” he said.

Meanwhile at a regular press briefing on Thursday, a Ministry of Commerce spokesman said China had not been informed of any upcoming visit by U.S. representatives.

The U.S. raised tariffs on $200 billion worth of Chinese products to 25% from 10% on Friday after Chinese Vice Premier Liu He arrived in Washington on May 9 for another round of trade talks. In retaliation, China will raise tariffs on $60 billion worth of American goods to between 10% and 25% starting June 1, according to a statement by the Tariff Policy Committee of the State Council, China’s cabinet, on Monday.

Both parties scrambled to deny trade talks had broken down. “The negotiations didn’t break down,” Liu told reporters after the meeting in Washington on Friday, while Trump tweeted the same day that the U.S. and China held “candid and constructive conversations on the status of the trade relationship between both countries” and praised his relationship with Chinese President Xi Jinping.

“We estimate that a 25% tariff increase in prices for all Chinese goods will cause a 20% decline in export value, costing China 0.5% of gross domestic product,” ANZ Research economists Betty Wang and Raymond Yeung said in a note. “Poor market sentiment has also hurt domestic consumption and investment. Successive stimulus measures are needed to boost sentiment.”

China’s economy has shown signs of a weakened recovery as major economic indicators for investment, retail and industrial output came in below market expectations, according to data released by the National Bureau of Statistics Wednesday.

On Wednesday, Trump signed an executive order that could effectively ban Chinese telecommunication giant Huawei Technologies Co. Ltd. from selling technology in the American market, underlining the tension between the world’s two biggest economies. China’s Foreign Ministry accused the U.S. government of abusing its power to crack down on Chinese companies, and called such measures “disgraceful and unjust.”

At the Ministry of Commerce briefing on Thursday, spokesman Gao Feng said the escalating trade dispute would inevitably cause economic fluctuations in both countries, but that “the impact will be totally manageable for China’s economy.”

A previous version of this story misspelled the last name of the U.S. treasury secretary in the deckhead. It is Mnuchin. The story has also been updated to avoid speculating on when Trump signed an executive order that could effectively ban Huawei from selling technology in the American market. He signed it on Wednesday.