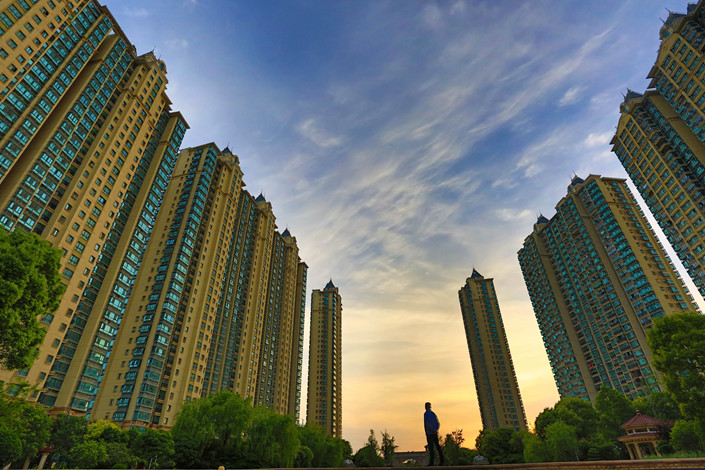 A tranche of official economic data released Wednesday painted a picture of a weak economic recovery in April, with analysts expecting Beijing to soon roll out more policy stimulus amid intensified trade tensions.

Fixed-asset investment — a key driver of domestic demand that includes infrastructure — grew 6.1% year-on-year in the first four months of this year, down from 6.3% growth in the first quarter, according to data (link in Chinese) released by the National Bureau of Statistics (NBS). The reading missed the median forecast of a 6.4% increase by a Bloomberg survey of economists.

Manufacturing investment rose 2.5% year-on-year in the first fourth months of this year, sharply down from 4.6% growth for the first quarter and marking the lowest reading in available data going back to the first two months of 2004.

Government-driven infrastructure investment rose 4.4% year-on-year in the first four months of the year, the same as the increase in the first quarter. This was partly due to the fact that local governments were allowed to start selling bonds earlier than usual this year.

“Property remains as the single most important driver of the Chinese economy,” Larry Hu and Irene Wu, economists with consulting firm Macquarie Capital Ltd., said in a note. Yet they said the current growth in property investment is unsustainable as land sales have been weak for months.

Value-added industrial output — which measures production at factories, mines and utilities — increased 5.4% year-on-year (link in Chinese) last month, down from an 8.5% increase in March but up from 5.3% growth in the first two months of this year.

The latest industrial output data reinforced the view that the March jump was driven by seasonal distortions and increased stocks of input materials that companies stockpiled to benefit more from the cut to the value-added tax, which took effect on April 1, Julian Evans-Pritchard, an economist at research firm Capital Economics, wrote in a note.

Growth in retail sales — which includes spending by governments, businesses and households — dropped to 7.2% year-on-year in April, NBS data (link in Chinese) show. The reading was significantly lower than the economists’ median forecast of an 8.6% increase, and the lowest level since May 2003 — which was during the deadly outbreak of severe acute respiratory syndrome, or SARS.

The slower growth in retail sales was mainly caused by the fact that this April had fewer national holidays and weekends than last year, the NBS said in a statement (link in Chinese). Excluding this factor, retail sales would have grown 8.7% year-on-year last month, unchanged from the increase in March.

After stronger-than-expected data for the first quarter of this year, Beijing began holding the view that the economy had already stabilized and then tweaked its policy tone in April, Hu and Wu with Macquarie said. Yet the V-shaped recovery in the first quarter was chiefly due to policy frontloading and thereby unsustainable, they said.

The official data released Wednesday clearly “indicate growth has yet to truly bottom out,” economists with Nomura International (Hong Kong) Ltd. said in a note. They expect Beijing to significantly ramp up easing measures to boost economic growth.

On Wednesday, the People’s Bank of China cut the reserve requirement, the amount of cash banks must keep in reserve, for some small and midsize locally focused lenders. The move, expected to unleash 280 billion yuan ($40.7 billion) of long-term funds into the market, has been widely seen as a measure to support the economy, especially at a time when China-U.S. trade tensions are escalating.

“If trade tensions continue to escalate, Beijing will likely step up policy easing,” HSBC Global Research economist Jingyang Chen said in a note. “Key to this will be doubling down the support for the private business sector. This should help to offset near-term headwinds to growth and reinforce private sector growth in the medium term.”