By Fran Wang and Peng Qinqin 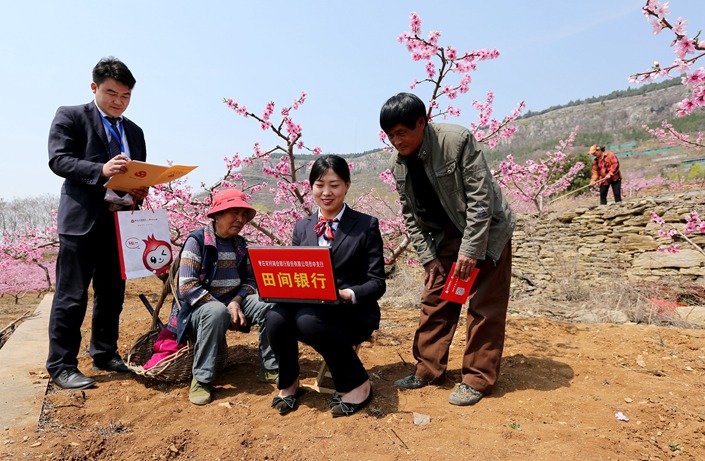 China’s central bank said Monday it will cut the amount of cash banks must keep in reserve for some small and midsize locally focused lenders from May 15, in a new easing measure to support the economy as external uncertainties increase.

The move is expected to unleash 280 billion yuan ($41.4 billion) in long-term funds into the market, the People's Bank of China said in a statement (link in Chinese).

“All the funds will be loaned to private and small companies,” the statement said.

About 1,000 rural commercial banks that focus on serving the economy in their local counties will benefit from the “lower favorable reserve requirement ratio (RRR)” of 8%, the PBOC said, without specifying the margin of the cut.

The PBOC’s move was “unexpected,” and was considered unusual because there was no severe liquidity supply shortfall this month, said Zhou Chenghua, an analyst with Citic Securities. He added that the central bank has not lowered the RRR in May since 2012.

“The targeted RRR cut demonstrated the government’s determination to impose counter-cyclical measures to iron out fluctuations in the economy and financial markets,” given that it has been increasingly costly to drive domestic demand and external uncertainties are rising, he said.

The PBOC announced its decision to lower the rate as stock market trade was beginning after the Labor Day holiday. It also followed U.S. President Donald Trump’s threat on Sunday to dramatically escalate the tariff war between China and his country.

Blasting the bilateral negotiations to resolve the trade dispute as moving “too slowly,” Trump tweeted that he would raise additional tariffs on $200 billion worth of Chinese goods to 25% from the current 10% on Friday and subject another $325 billion worth of products that are untaxed to a similar punitive rate.

The benchmark Shanghai Composite Index plunged 5.58% to 2,906.46 at close on Monday, reflecting investors’ jitters over a reescalation in U.S.-China trade tensions.

The RRR reduction suggested monetary policy will continue to support growth even though key indicators released by the government showed the world’s second-largest economy gained momentum in the first quarter, analysts said. The expansion in China’s gross domestic product was unchanged at 6.4% in the January-March period from that logged in the last three months of 2018, snapping a slowing streak in the past three consecutive quarters and beating economists’ expectations.

The market has become increasingly concerned with potential policy tightening since mid-April, after a central bank monetary policy committee meeting and a gathering of the Politburo, the group of the ruling Communist Party’s 25 top leaders, both indicated a “neutralization” of the monetary policy stance, economists with investment bank China International Capital Corp. said in a note.

However, “the RRR cut this morning has eased these concerns. It is clear that the overall monetary policy stance is unlikely to revert to a ‘de facto’ tightening mode we experience in 1H2018,” they wrote.

But the “smaller-than-usual” scale of the reduction suggested the necessity of monetary easing has declined compared with the first quarter, they said.

Wang Jian, a banking analyst at Guosen Securities, said the targeted RRR cut was part of an official effort to impose different rates on banks of different sizes and functions.

The State Council, China’s cabinet, in the middle of last month vowed to build a “policy framework where small- and medium-sized banks are subject to lower reserve requirement,” as authorities seek ways to encourage lending to underserved sectors such as small companies and those in rural areas.

Once the mid-May cut is implemented, the RRR on county-level rural commercial banks will be as much as 5.5 percentage points lower than large state-owned banks and 3.5 percentage points less than midsize lenders. It will be at a similar rate to those on rural credit cooperatives and community banks, but slightly higher than for the Agricultural Development Bank of China, the country’s policy lender focusing on rural lending, and for nonbank savings institutions.