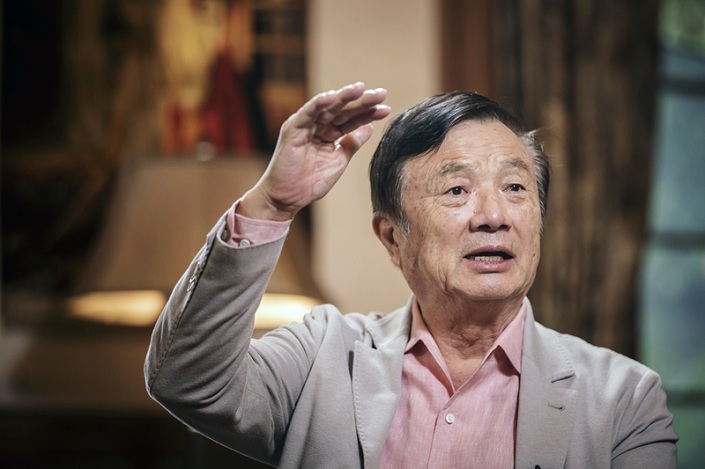 Huawei founder and CEO Ren Zhengfei has put a price on the U.S. campaign against his company — $30 billion.

That’s how much Huawei Technologies Co. Ltd. will miss its forecast for sales revenue by over the next two years, Ren said, as it adjusts to a ban that restricts its access to U.S. technology and components.

Ren made his comments during a dialogue Monday with tech gurus George Gilder and Nicholas Negroponte at the company’s headquarters in Shenzhen, according to state-owned media outlet CGTN.

According to Ren, Huawei knew that it would face global competition, but did not expect the U.S. to be so “determined” to take a “wide range” of restrictive and “extreme measures” against the company — measures that went well beyond restricting its supply of needed components.

Acknowledgements of the hardship have been rare in Ren’s public responses to the challenges Huawei is facing. In an interview with Caixin earlier this month, he said he was “very relaxed,” as “it won’t take so long” for Huawei to “achieve victory.”

Noting that the situation was “severe,” as it limited Huawei’s participation in global organizations and research projects, Ren said Huawei needed time to take steps that will eventually make it “stronger.” He did not elaborate.

Last month, the chief executive of Huawei’s chipmaking arm told employees that Huawei has been developing its own chips for years as a contingency plan, according to an internal memo that ended up widely circulated in Chinese media.

Despite the drop in expected revenue, Ren said Huawei will not cut funding to research and development. In the next five years, the company will invest $100 billion into its network architecture to improve its efficiency and security, as well as allow it to meet global standards, such as the European Union’s General Data Protection Regulation (GDPR), he said.

Ren, 74, had been considered one of the most low-profile Chinese entrepreneurs until he began doing frequent interviews after the U.S. took a series of actions that impacted the company and his family.

Read more about Huawei’s troubles with the U.S.