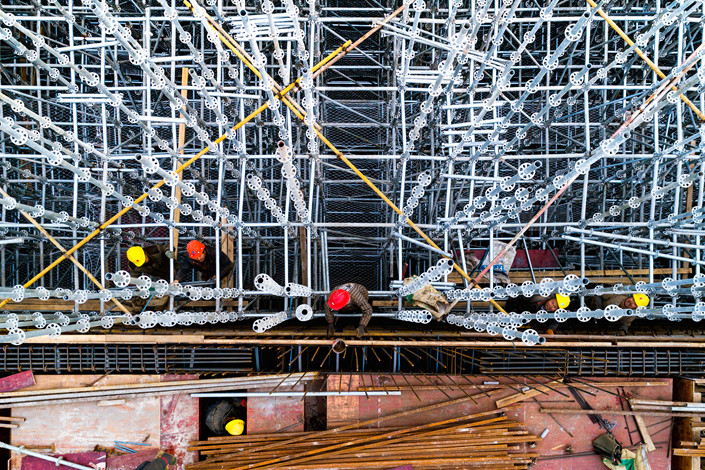 Economic uncertainty is increasing along with countercyclical controls. Recently, the General Office of the Communist Party of China and the State Council announced new rules to stabilize infrastructure investment. The most important point of the jointly released notice is that special bonds are now eligible capital for major infrastructure projects. Market participants are calculating how much investment this might spur. It is important to understand the stimulating effect, but we should pay more attention to the fact that when we boost capital investment, we must also tighten the strings on local government debt in order to preserve the achievements of deleveraging in previous years and avoid the hidden dangers for future economic operation while achieving “steady growth.”

Under the current growth model, steady growth and stable investment are actually two sides of the same coin. Capital investment has always been an important part of stable investment. Since the State Council proposed “repairing the weak links in infrastructure” at the end of July 2018, the central government has issued a number of documents aimed at “stable investment.” However, local infrastructure projects are still constrained by insufficient capital, in part because special bonds could only be used as supporting funds. To this end, the 2019 government work report proposed that “the scope of use for special local government bonds will be moderately expanded.” In this context, the latest notice allows special bonds to be eligible capital for major projects, which naturally helps to supplement the capital of some infrastructure projects in key areas and weak links, thus stimulating capital investment.

However, the move has also raised public concerns about the risk of local debt. In this century, especially since the global financial crisis, the rapid growth of China’s local debt has resulted in fiscal risks that may resonate with financial risks. This is why the central government regards “deleveraging” as an important part of structural reform on the supply side. Nowadays, though the momentum of crazy growth of local debt has been curbed, the risk has not been removed. The scale of implicit debt is still muddled. The peak year for local debt repayment will come in the next few years, which will surely put pressure on China’s economy. Therefore, the current “steady growth” should strike a balance with long-term, sustainable development, requiring governments at all levels to have superb balancing skills.

It should be said that the notice attaches great importance to the local debt problem and tries to strengthen counter-cyclical regulation while not repeating the mistakes of local government debt risk. The full text mentions this point many times and sets special conditions for special bonds as capital. For example, it explicitly requires special bonds to be strictly used for real government investment projects and not be used as capital sources for government investment funds, industrial investment funds, or other types of equity funds. Funding for equity should not come through shell companies, multi-level subsidiaries, or other intermediate links and layers of capital. The circular also emphasized that there must be firm, lifetime accountability for new projects. In addition, it calls for “clarifying government and market boundaries, encouraging market-based financing according to law, increasing effective investment, and promoting a virtuous cycle of macroeconomics.” These are commendable intentions, but what constitutes “effective investment” and a “virtuous cycle” must be futher understood through practice.

The bigger problem is implementation. According to Caixin’s understanding, local governments determine which specific projects can be regarded as major infrastructure projects and permitted to change special bonds into capital. Once this policy comes into effect, under the current system, how can we prevent local abuse of the policy? The notice clearly states that the provincial government shall assume full responsibility for the repayment of special bonds. Obviously, this provision is intended to urge local governments to be prudent. However, over the past few years, the central government has also adhered to a principle of “no bailouts” on the issue of local debt. Yet some local governments still take risks and borrow heavily, adding to the pile of local debts. The alarming local government debt risks in many cities in Hunan, Yunnan, and Jiangsu provinces that once borrowed aggressively have now been exposed. When dealing with these risks, there is a clear expectation of higher-level rescue or for financial institutions to take over. Such “moral hazards” can be used as a lesson in the implementation of the latest notice.

At present, there are more internal and external uncertainties, such as the Sino-U.S. trade conflict, and the pressure for “steady growth” has increased. However, the central government’s policy orientation to not “irrigate by flooding” should remain unchanged. In fact, leveraging market-oriented financing and stimulating enthusiasm for private investment is a more desirable choice for maintaining “steady growth.” Recently, Vice Premier Liu He pointed out that we should accelerate the implementation of various reform and opening-up measures already in place, especially in the areas of market access, equal competition, and protection of property rights, including intellectual property rights. All of these points are pertinent.

There are obvious differences in the theoretical attributes of creditors’ rights and equity, and in reality their rights and obligations are different. Since 1996, China has implemented the capital system of fixed asset investment projects, which stipulates that the capital for investment projects must be non-debt capital. The circular breaks this rule to an extent. Of course, special bonds have certain government credit attributes, which are different from general debt funds obtained from financial institutions. Even so, it is still difficult to deal with the relationship between creditors’ rights and equity. This “breakthrough” in the notice should be taken as a special case to prevent local governments from generalizing. At present, many financial institutions are more cautious about the follow-up of the latest notice from the central government. This is progress, showing that the strength of government credit endorsement has weakened and that financial institutions are more risk-aware.

Maybe it won’t be long before “major projects” identified by local governments come in. When filing or approving, the National Development and Reform Commission should be cautious, learn from earlier lessons, and not leave problems behind for future generations. More fundamentally, we should straighten out intergovernmental financial relations, especially those below the provincial level. This reform has not made a breakthrough for many years. Only when reform is in place and the system has been sorted out can local governments finally eliminate debt risks on the road to high-quality development.