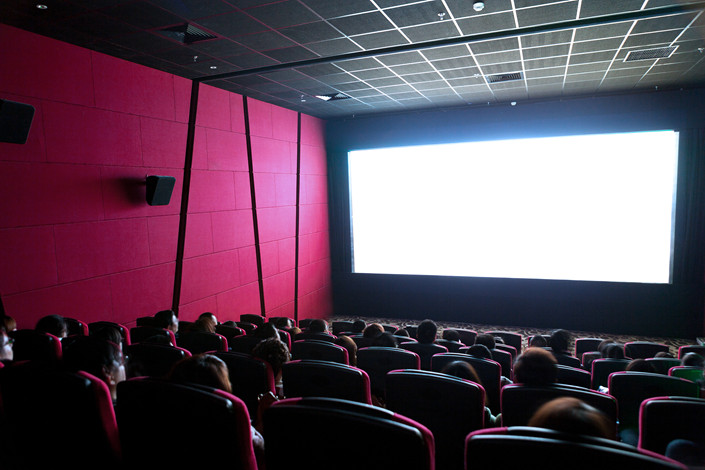 China has become one of the world’s most lucrative markets for movies, propelled by a booming box office and vibrant online video sector. Photo: VCG

After years of breakneck growth, China’s movie industry has fallen into a slump this year due to factors including a slowing economy and a crackdown on celebrity tax violations.

At a panel on Sunday at the Chinese Film Industry Summit in Shanghai, several industry bigwigs, including the heads of Shanghai Film Group Co. Ltd., China Film Group Corp., Alibaba Pictures Group Ltd. and Beijing Enlight Media Co. Ltd., discussed how to get the business back on track. The panel saw two problems that need to be solved to steady the flagging industry: balancing the quality and quantity of films amid rapid growth and boosting the confidence of the industry.

The increased scrutiny began in the summer of 2018 with the high-profile tax probe of A-list Chinese actress Fan Bingbing who disappeared from public view for months during the investigation. In October, tax authorities launched a two-month campaign asking individuals and companies to examine and correct their tax payment practices.

Despite record box office takings last year as the industry’s revenue rose 9% to 60.98 billion yuan ($8.83 billion), according to the State Film Administration, several industry players reported poor results for 2018. China’s box office then suffered a rare decline in the first three months of this year, according to online ticketing platform Maoyan.

Shanghai Film Group Chairman Ren Zhonglun said the movie-makers should now focus on making high-quality productions as the industry’s growth over the last few years calls for it to create more sophisticated films, rather than those that just break box office records.

As the domestic industry grew at a breakneck pace, some filmmakers became cocky, dreaming that the industry would surpass Hollywood in just five years, Ren said. Last year’s slowdown gave the industry the chance to calm down. “We began to realize that we don’t need to rush to surpass the U.S. by a certain point in the future. Rather, we should think more about how to forge our own style, strategy and direction in this country’s large market,” he said.

China has become one of the world’s most lucrative markets for movies, propelled by a booming box office and vibrant online video sector. Both have flourished in recent years as the country’s economy has boomed and a middle class has emerged demanding high quality entertainment.

But China Film Group General Manager Jiang Ping said bluntly that many domestic productions don’t really count as movies. He drew on the country’s filmmaking history as a comparison, saying that people today still remember many movies made in 1959 for the country’s 10th anniversary — even after six decades.

“Even if our box office revenue and film quantity surpass the U.S., how to really improve their quality remains a significant question that our filmmakers need to contemplate,” Jiang said. “Box office is not our pursuit. Quality is the goal.”

Alibaba Pictures Chairman Fan Luyuan brought up the topic of “filmmaking industrialization.” He said that the real issue at the heart of forging a mature domestic industry is how to nurture and improve the overall capabilities of filmmakers.

Fan pointed out that there are very few Chinese films that can make it to a third sequel, and part of that problem is related to the overall capabilities of industry practitioners.

“We have to be confident that this is the season for us to lay the foundation. It’s the market’s worst time, but we will all have opportunities once the market warms up again next year or the year after,” Fan said.

Enlight Media Chairman Wang Changtian appeared more optimistic. He acknowledged that the industry’s foundation has been strengthening over the past few years, and he said Chinese filmmakers have been developing much faster than many from other countries.

“For example, in the past I would maybe receive five or six good scripts the entire year. But now every other month, I see quality movie scripts. We also now have more options for film directors,” he said. “Before, this would have been unimaginable.”