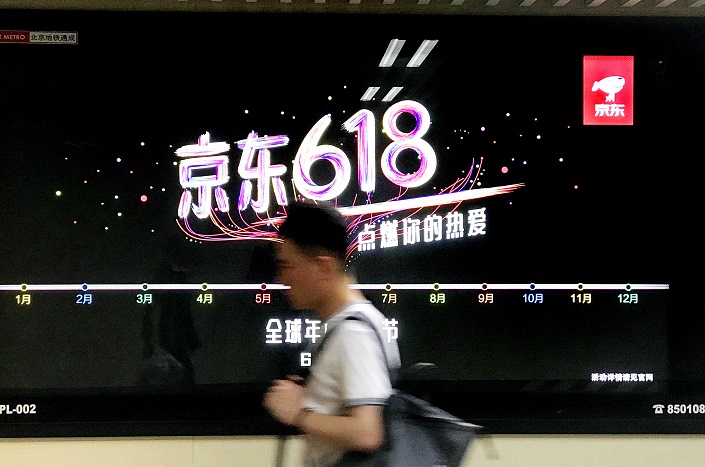 JD.com, which created the so-called “618” festival to celebrate its founding anniversary, reported 201.5 billion yuan ($31.53 billion) worth of orders during the annual June 1 to June 18 online shopping bonanza — a year-on-year growth of 26.6%.

Its rival, Alibaba’s Tmall, said sales volume of the shops operating on its platform surpassed the number during its own famous shopping festival, “Double 11,” last year by an astounding 40 times.