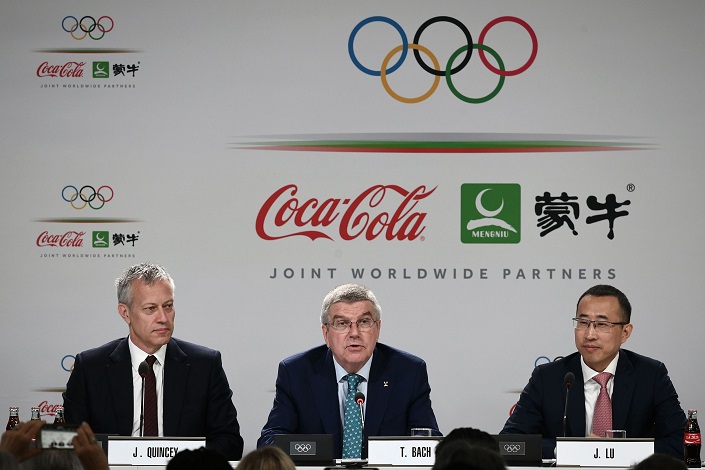 Leading Chinese dairy company Mengniu has signed a deal with Coca-Cola to jointly provide beverages at Olympic events between 2021 and 2032, the International Olympic Committee announced Monday.

The announcement comes amid a dispute between Mengniu Dairy and rival Yili Industrial Group, which threatened on Thursday to pull its sponsorship of the 2022 Winter Olympics in Bejiing if it was not the sole dairy product sponsor. Yili said the Beijing organizing committee had given it an exclusive sponsorship spot, and that Mengniu was circumventing this by striking a deal with Coca-Cola and the International Olympic Committee.

Mengniu did not confirm that it would partner with Coca-Cola until the announcement on Monday.

Monday’s statement didn’t disclose financial details of the deal. The Financial Times reported that the sponsorship could be worth a combined $3 billion over the 12-year term, which will span six Summer and Winter Games.

Coca-Cola declined to comment on the deal, and Mengniu didn’t immediately respond to Caixin’s enquiry.