Chad Bown: Trump Has Gotten China to Lower Its Tariffs — Toward Everyone Else 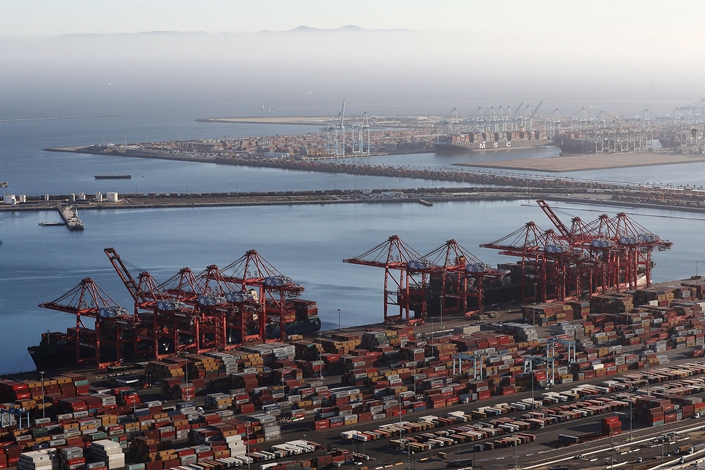 China increased its retaliatory tariffs hitting U.S. exports on June 1 in response to President Donald Trump’s latest escalation of his trade war. Yet, this action is only half of the bad news for U.S. exporters. The other half is that China has begun rolling out the red carpet for the rest of the world. Everyone else is enjoying much improved access to China’s 1.4 billion consumers, a fact that has been little noticed or reported in accounts of the U.S.-China economic confrontation.

While Trump shows other countries nothing but his tariff stick, China has been offering carrots. Beijing has repeatedly cut its duties on imports from America’s commercial rivals, including Canada, Japan and Germany.

Trump’s provocations and China’s two-pronged response mean American companies and workers now are at a considerable cost disadvantage relative to both Chinese firms and firms in third countries. The result is one more eerie parallel to the conditions U.S. exporters faced in the 1930s.

Another important implication of China’s action is that Americans are likely suffering more than President Trump thinks due to his trade war. Inflicting such punishment on Americans may be one factor motivating China. A separate motivation may be that it is trying to minimize the harm to its own economy by importing vital goods at better prices from other parts of the world.

China has increased tariffs on U.S. exports to an average 20.7%. But also striking for American farmers, companies, and workers is that China has reduced tariffs on competing products imported from everyone else to an average of only 6.7% (figure 1).

As recently as early 2018, firms in both the United States and the rest of the world competed in China with each other on a level playing field, facing an average Chinese tariff of 8.0%. Figure 1 summarizes how the Chinese tariff differential has arisen over the course of Trump’s trade war.

On April 2, 2018, China retaliated against U.S. exports in response to Trump imposing tariffs on steel and aluminum imports under Section 232 of the Trade Expansion Act of 1962. Without waiting for authorization from the World Trade Organization (WTO), China imposed new duties on $3.0 billion of U.S. exports. Like all of the retaliatory duties to date, the April tariffs were imposed in addition to the normally applied most favored nation (MFN) tariffs. As a result, China’s average tariff on U.S. exports increased to 8.4%.

Yet, throughout 2018, China also lowered its tariffs on imports from all other WTO members. The headline involved China reducing its tariff on auto imports on July 1. But on the same day, China also cut tariffs on 1,449 other consumer goods like farm and fish products, cosmetics, clothing and home appliances. On Nov. 1 it reduced duties on 1,585 industrial products, including chemicals and machines.

By then, China had lowered its tariffs on imports from the rest of the world from 8% to 6.7%. Consumers in China now had another reason to switch away from American suppliers.

While painful to U.S. exporters, China’s tariff reduction is not a violation of any WTO rules. So long as it keeps a tariff below the “binding” rate it has submitted to the WTO, China is well within its legal rights to reduce its applied MFN tariffs to whatever level it chooses.

As a sign that trade tensions with the United States were thawing, China did extend its auto tariff reduction to U.S. exporters on Jan. 1, 2019. The decision and its later continuation were seen as part of the trade truce that Presidents Trump and Xi negotiated at a meeting in Buenos Aires on Dec. 1. The result was a decline in China’s average tariff on U.S. exports from 18.2% to 16.5%.

But the truce was short-lived, and China increased its tariffs on U.S. exports again, this time to an average of nearly 21%, on June 1. This increase was in response to two areas of escalation on the U.S. side. First, on May 10, the United States raised tariffs from 10% to 25% on $200 billion of Chinese exports. Second, on May 17, the Trump administration stated it would soon impose a 25% tariff on roughly $300 billion of additional Chinese exports to the United States.

The U.S.-China talks that had been progressing since December also ground to a halt on May 10. The signs from April and early May of an imminent deal turned out premature.

At least three important pieces of evidence indicate that China’s June 1 tariffs on U.S. exports were a carefully calibrated response.

Put differently, tariffs did not change on the other third of U.S. exports on the $60 billion list. The 5% retaliatory tariffs on $17.4 billion of trade imposed on Sept. 24 stayed at that level. And the June 1 tariff increase did not hit autos and parts covering $500 million that had been suspended from retaliation on Jan. 1, 2019. Those products continued to face no retaliatory tariffs even with the June 1 change.

By limiting the product coverage and levels of its tariff retaliation, China is likely minimizing the economic harm to itself. China’s retaliatory tariffs currently do not target aircraft, oil products, autos and parts.

The downside is that China’s June 1 tariff increase on $35.5 billion of U.S. exports did end up affecting a variety of U.S. products, including agriculture, wood, paper and metal, machinery and chemicals. Figure 2 summarizes key American sectors hit to date by China’s retaliation.

A substantial gap has emerged between Chinese duties facing U.S. exporters and those facing exporters in the rest of the world (figure 3). The difference has arisen even though China has not simply followed Trump’s lead and imposed a 25% tariffs on U.S. exports.

Take farm and fish products. China has increased the duties facing U.S. exporters from an average of 21% to 42%. But it has lowered the average tariff on everyone else to 19%. With the exception of autos, aircraft and pharmaceuticals, there is now a sizeable difference between the tariffs facing U.S. exporters and those facing exporters elsewhere.


As China’s economic growth has slowed during the trade war, its imports from both the United States and the rest of the world have also fallen (figure 4). China’s tariff reductions toward the rest of the world are likely to have helped stem the decline in imports from those countries. Nevertheless, the drop in U.S. exports to China — due to slowing domestic demand, the retaliatory tariffs, as well as the incentive to switch to other foreign sources — is much more severe.

Two fishery products provide examples. The American lobster industry saw its exports fall by 70% after China imposed its retaliatory tariff of 25% on July 6, 2018. Things are so bad that the industry has sought federal assistance, though it has not been eligible for the subsidy programs the Trump administration’s U.S. Department of Agriculture (USDA) has provided to date. On the other hand, Canada’s lobster exports to China nearly doubled as it benefited from a 3 percentage point tariff cut in 2018.

Similarly, American exporters of Pacific salmon saw their sales to China decline after the retaliatory tariff, only to be replaced by Chinese imports from Japan. China had reduced the duty facing Japan by 3 percentage points.

In other instances, the new tariff on the United States was the only thing needed for China’s consumers to make the switch. China shifted much of its imports of U.S. soybeans in 2018 to imports from Brazil and Argentina without further reducing its existing 3% tariff on soybean imports from those countries.

Tariffs are costly to the country imposing them, and China is no exception. Concern over such costs likely explain both China’s restrained retaliation against the United States and its decision to reduce tariffs toward the rest of the world.

China’s choice of products and tariff levels are also likely the result of a complex calculation. Like Trump, Beijing may be acting strategically in an attempt to inflict political-economic pain on the other side. But the nuance of its choices may also signal that it is wary of self-harm. And one potential way to offset the cost of its higher tariffs on U.S. exporters is to lower its tariffs on everyone else.

China’s actions have two parallels of note. The first is the contemporary counterpart of American beef being shut out of Japan — not because of retaliation, but because of President Trump’s decision to pull the United States out of the Trans-Pacific Partnership agreement in January 2017. Americans are at a disadvantage as Australia, Canada, New Zealand and other agricultural exporters enjoy lower tariffs in Japan because those countries agreed to implement the Comprehensive and Progressive Agreement for Trans-Pacific Partnership (CPTPP).

The second and more ominous parallel is the shadow of the 1930s. Like China’s response today, there was a two-pronged international reaction to the United States’ imposition of its infamous Smoot-Hawley Tariff Act. Yes, U.S. exporters consequently face higher tariffs due to retaliation. But they were also squeezed out of foreign markets when countries like Canada and the United Kingdom lowered tariffs only on each other by forming the system of Imperial Preferences.

This is just one more good reason why trade wars are not easy to win.

This article was originally published on piie.com.