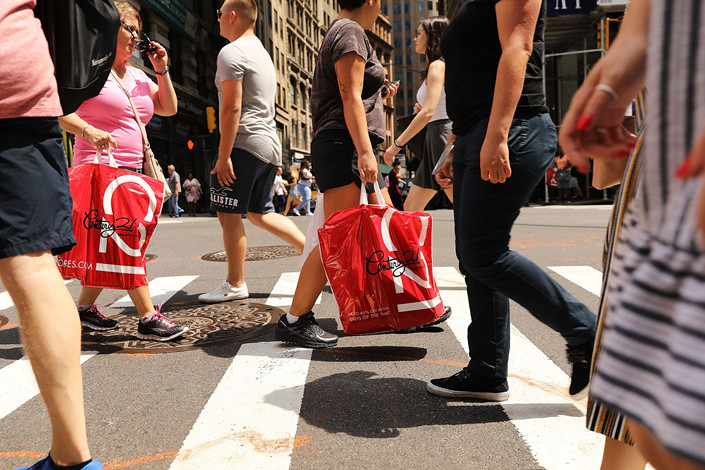 The U.S. economy has entered its 11th year of uninterrupted expansion, breaking the previous record for the longest period of growth in American history without a recession. But far from celebrating, many economists conclude from this unprecedented performance that a recession is now overdue, if not immediately then surely before the 2020 presidential election. Fortunately for the U.S. economy, but sadly for President Donald Trump’s opponents, the idea that economic expansions have some kind of natural lifespan and then die of old age has neither empirical nor theoretical support.

History shows that U.S. expansions since the end of World War II have varied in length from 12 months to 120 months, with no sign of mean reversion. Moreover, it can be argued that the 18-year period from 1982 to 2000 was really one continuous economic upswing, interrupted only briefly by the spike in oil prices caused by Iraq’s invasion of Kuwait.

And there are clearer instances of advanced economies that have avoided recessions for much longer than the ten-year record the United States has just surpassed. Australia is now in its 28th year without a recession, and the United Kingdom experienced 17 years of uninterrupted growth from 1992 to 2008. Unlike the U.S., both Australia and the U.K. are more recession-prone because of their dependence on commodities, finance, and property speculation.

Economic principles are equally unhelpful to advocates of the “overdue recession” theory. The normal condition of any reasonably well-managed market economy since the invention of active demand-management policies in the 1940s is to continue expanding at around its trend rate of growth (roughly 2% in the U.S.). In the postwar period, recessions have generally resulted from three causes: substantial monetary or fiscal tightening in response to inflationary pressures; some kind of financial crisis, such as the subprime mortgage collapse of 2008 and the technology bust of 2000; or a massive external shock that vastly increased energy prices. Until one of these events occurs, we can be fairly confident that the U.S. expansion will not just “die of old age.”

Why, then, are so many economists now worried about a U.S. recession and convinced that financial markets are underestimating the downside risks to economic growth? The main reasons are the U.S.-China trade war and a financial warning signal: the “inverted yield curve.” The first risk is obvious; the second requires some explanation.

An inverted yield curve is a relatively unusual condition that occurs when long-term bond yields fall below short-term interest rates. In the U.S., the overnight federal funds rate is around 2.4%, but ten-year yields recently fell to below 2%.

Such an inversion is often cited as a signal of imminent recession, but it shouldn’t be. The “signal” often comes years before the recession it claims to predict. More important, bond market pricing has drastically changed in the decade since the global financial crisis. Bond yields have become increasingly divorced from real economic conditions, partly because of quantitative easing and regulatory pressures on pension funds to buy bonds regardless of economic conditions, but mainly because inflation seems to have decoupled from unemployment and growth.

Even if the decoupling of growth and inflation ultimately turns out to be illusory, the mere fact that the U.S. Federal Reserve and other central banks believe that the old growth-inflation linkage is broken means that they will keep interest rates much lower for much longer than in previous economic cycles. As long as central bankers continue to behave like this, bond yields will continue to reflect investors’ expectations about what central banks will do with short-term interest rates, rather than their expectations about economic prospects or recession risks. The main message from financial markets, as I argued in April, is not that the U.S. is near a recession; it is simply that the Fed is preparing to cut interest rates. If that happens — and it almost certainly will — a U.S. recession will become less likely, not more so.

The same is true in China. The Chinese government and central bank have responded to Trump’s trade war, albeit somewhat belatedly, by cutting interest rates and reserve requirements, reducing taxes, ramping up public spending, and easing credit restraints. China’s stimulus measures, like the Fed’s expected easing, will take some time to feed through into economic data, but these measures virtually guarantee that the U.S.-China trade war will cause only limited damage to growth prospects in both countries, at least in the next year or two, which is the time horizon over which macroeconomic policies operate.

A much more serious threat to the world economy comes from Europe, an innocent bystander in the U.S.-China trade war that has already suffered far more than either of the belligerents. When the International Monetary Fund revised its 2019 growth projections in April to take account of the problems that emerged in late 2018, the forecasts for China and the U.S. were essentially unchanged, despite their trade war (up 0.1 percentage point in China, down 0.2 in the U.S.). But the IMF downgraded its growth forecast for Germany by 1.1 percentage points, by 0.9 for Italy, and by 0.6 for the eurozone as a whole.

Europe has been the main victim of the U.S.-China trade war, for the same reason it was the main victim of the 2008 financial crisis, which also originated in the U.S.. While the U.S. and China are stimulating their economies to counteract the trade slowdown, the European authorities are, as usual, responding with exactly the wrong policies. Instead of easing monetary, fiscal, or credit policies, the eurozone response is “pro-cyclical.” The European Commission is trying to force Italy to reduce public spending and raise taxes. Germany’s finance ministry is using lower-than-expected budget surpluses as an excuse to squeeze investment and delay tax cuts. And bank supervisors are forcing banks to tighten their credit standards, increase loss provisions, and cut lending to preserve capital.

Such policies condemned Europe to spend most of the post-crisis period in recession or near-recession, while the U.S. and China enjoyed a decade of uninterrupted growth. If similarly foolish policies are maintained, the same thing will happen again.

Anatole Kaletsky is chief economist and co-chairman of Gavekal Dragonomics and the author of Capitalism 4.0: The Birth of a New Economy in the Aftermath of Crisis.