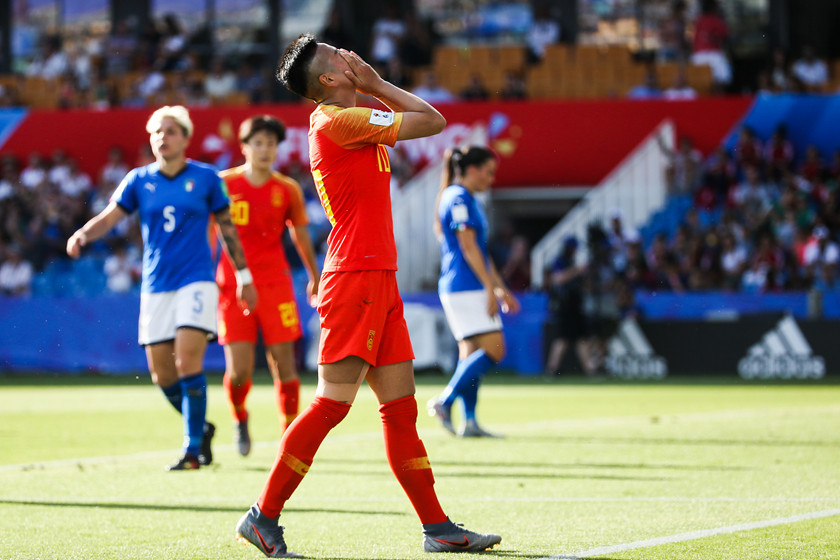 China’s Li Ying puts her face in her hands after missing a chance to score in the team’s round of 16 match against Italy on Tuesday at the La Mosson stadium in Montpellier, France. Photo: VCG 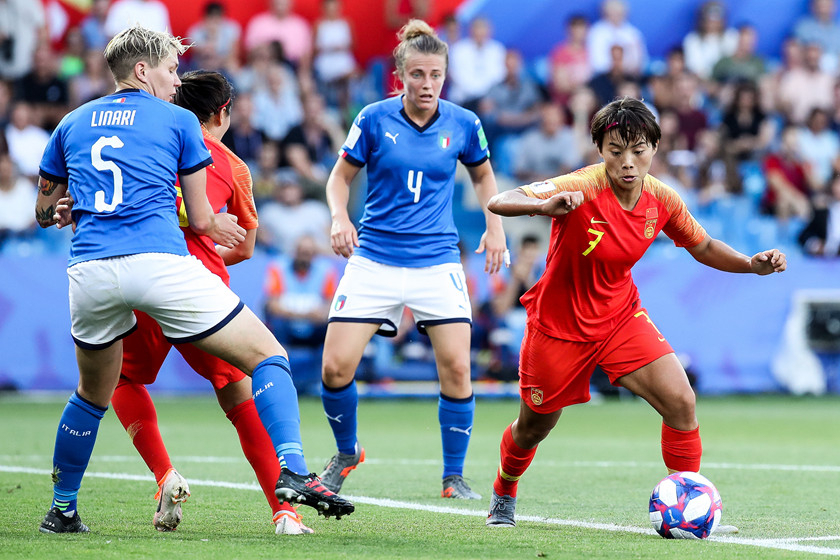 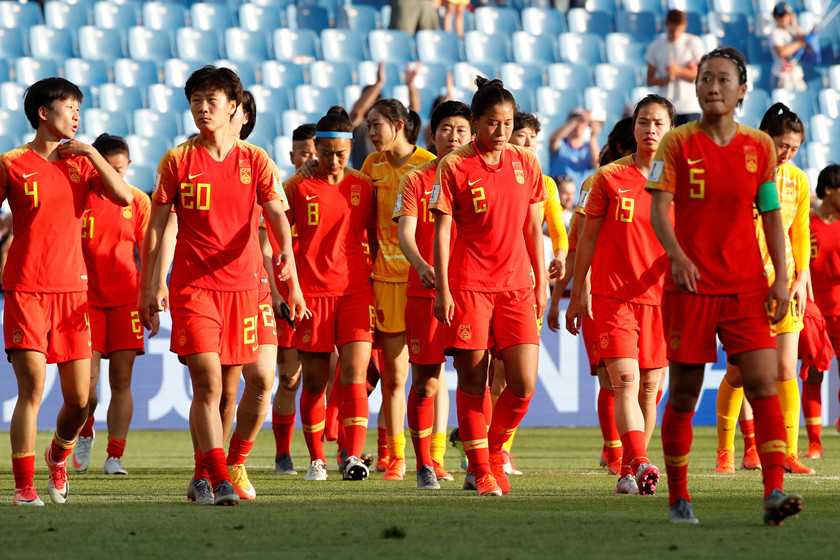 The Chinese team leaves the pitch after losing to Italy on Tuesday. Photo: VCG 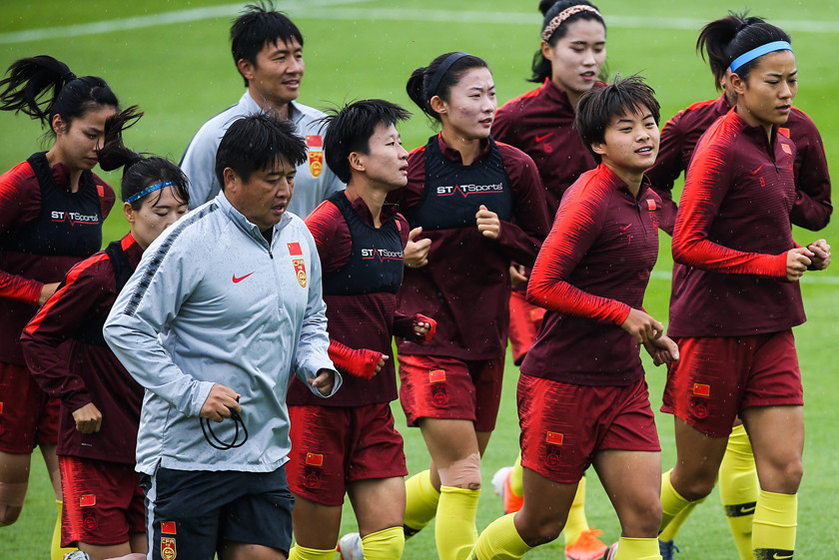 Chinese players train before their round of 16 match against Italy. Photo: VCG 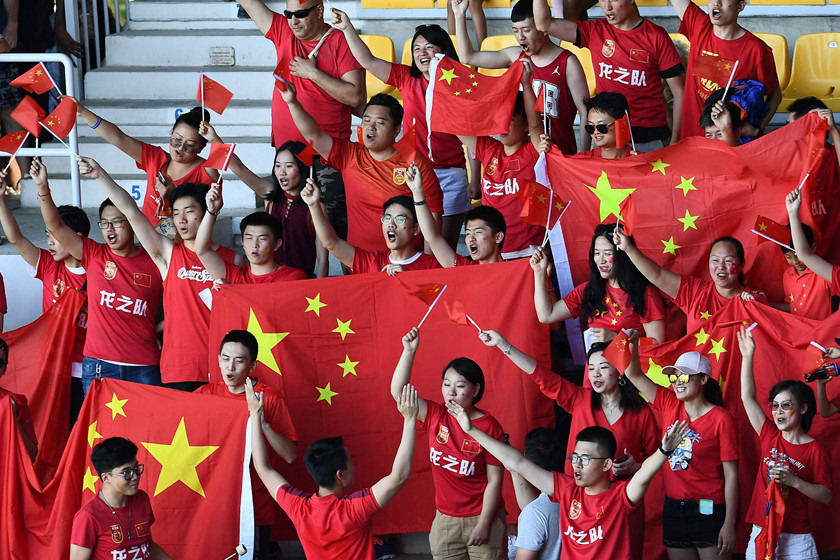 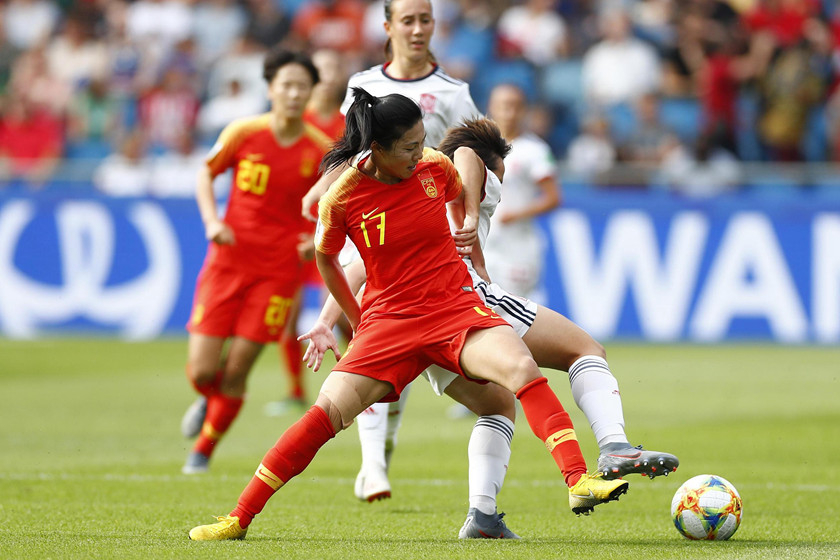 China’s Gu Yasha tackles a Spanish player during a group stage match between China and Spain on June 17. The match ended in a draw, with both teams going forward to the last 16. Photo: VCG 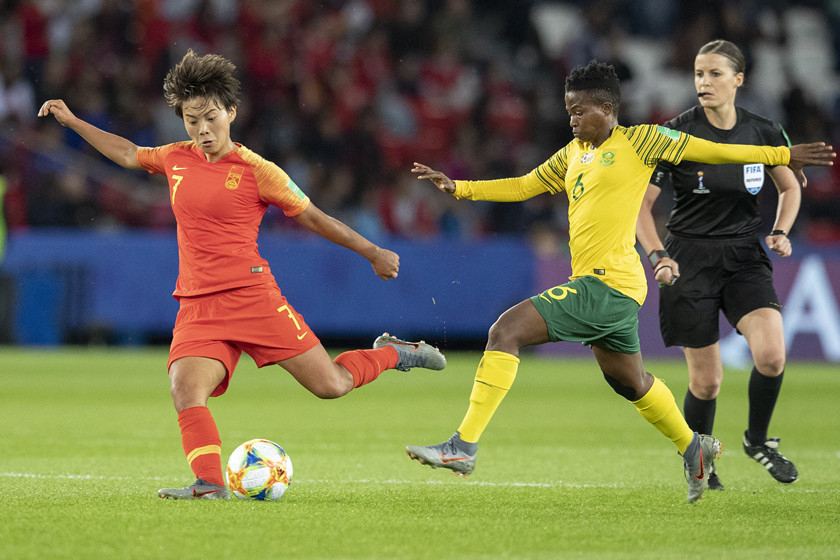 Wang Shuang winds up for a kick during the team’s group stage match with South Africa on June 13. China won the match 1-0. Photo: VCG 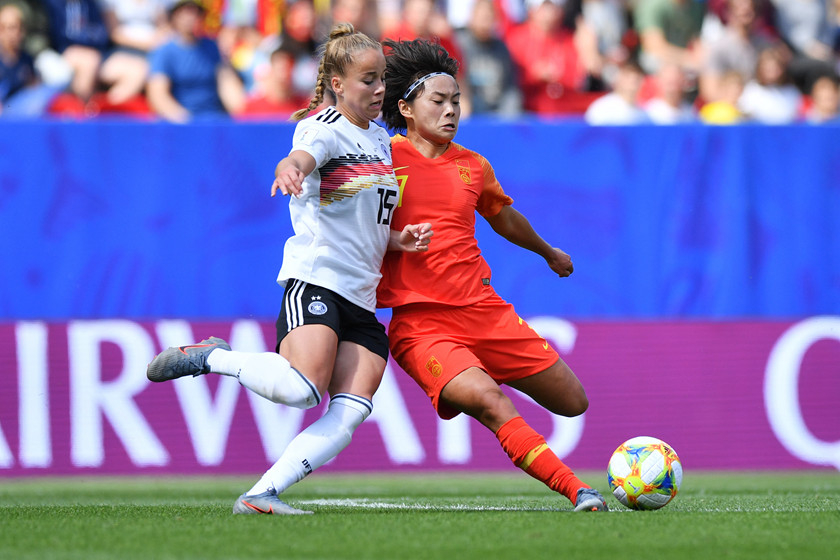 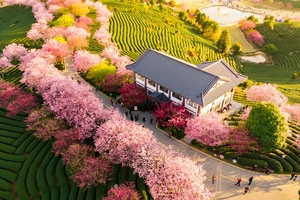 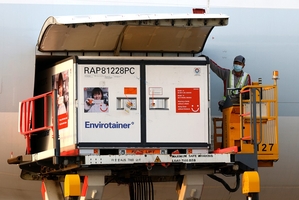