Wang Jun: A Legend of His Time 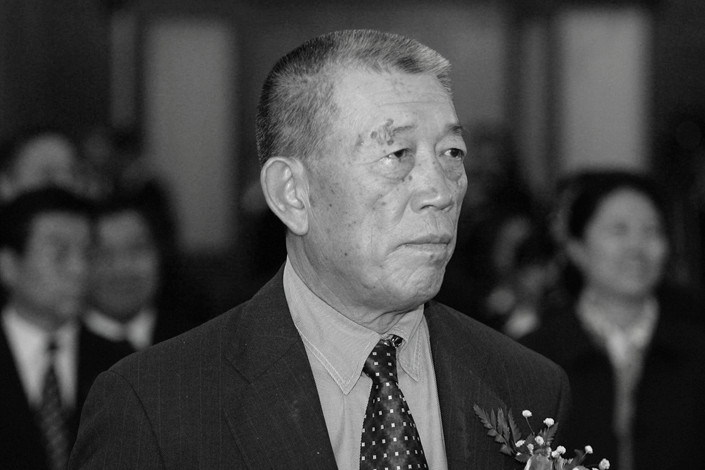 Wang Jun, former chairman of Citic Group Corp. Ltd., one of China’s largest state-owned conglomerates, died this month at the age of 78. Wang served as the top executive at Citic from 1995 to 2006. He was a leading figure behind Citic’s reforms that shaped it into a globally operating state-owned enterprise. Wang was a son of Wang Zhen, one of the founding fathers of the People’s Republic of China, who was appointed as a vice president of the country in 1988.

I met Wang Jun in the mid-1980s when he was in charge of investment and trade at Citic. He was already a prominent figure in business circles.

We met because Wang was looking for a right-hand man to help him with his day-to-day duties. I had been recommended by a friend. Wang invited me to his house, where he served me tea and melon seeds. He wasn’t a talkative person, but his calm tones were determined and steady — like many men who would become great.

After we met, Citic became my family. I started as Wang’s assistant in the sales department in 1986 and stayed through 1995, when Wang was the group chairman and I was the general manager. I worked with Wang for 15 years in total, a critical period in my life. Thanks to international enterprises such as Citic and the guidance of Wang, I became a better person — more knowledgeable, experienced and capable.

During the time we spent together, be it at the office or on business trips, the two of us chatted often, sometimes into the middle of the night. Usually the sessions began with a pot of hot tea, a few chess games, before the conversations got rolling.

Wang was an iconic figure in the world of business in China after the reform era began. He rarely talked about politics, but that does not mean he did not pay attention to it or understand its importance.

During the Cultural Revolution (1966-76), he angrily resisted the decade-long political and social upheaval at a time when many others surrendered. When the Cultural Revolution ended, the central government drafted a review of the movement that determined that its initial intentions were correct, even if it went wrong in the end. Wang and his brother Wang Zhi, a computer scientist, disagreed with that conclusion. They believed that the Cultural Revolution should be considered a mistake in its entirety. Otherwise, it would be difficult to hold people responsible for their devastating actions during the chaotic decade, and it would also be hard to reverse the damage done to those wrongly persecuted.

In the end, the central government took up their suggestion in the final version of the document. Wang agreed with then-leader Deng Xiaoping’s reforms, and later he helped found Citic, making it a window to China’s opening-up.

Wang had his own opinions, even criticisms, of the government’s economic policies. He did not agree with excessive regulation of the market and excessive intervention into companies’ operations. In the early 1980s, China’s policymakers were still vacillating between running a planned economy and a market economy. At that time, Wang bluntly told a former State Council member that “a planned economy leads to a dead end,” and that Citic’s success was due to less government meddling.

Wang’s management style was authoritative, which also stemmed from his prestige among the staff. Outsiders who did not know him well might think he was domineering and capricious, but that was not him. His authority was not built on abusing power or persecuting opponents, but on his outstanding leadership and personal charisma. He respected knowledge and facts. He knew his own limits.

He and I had our differences. During my time working together with him, we focused on different things. He believed that growth was of great importance, whereas I believed risk management took center stage. In general, these two principles are complementary, but at times there was friction between us and we sometimes butted heads. When that happened, he would respect my opinion, and I would obey his final decision. We had a healthy relationship in that way. The two different styles also shaped the culture of Citic at that time.

Wang’s temper was part of his character. When he lost it, there was usually a reason. And he never held onto grudge once a matter was settled. His staff knew how he worked, so if they made a mistake and Wang did not lose his temper, they would get even more nervous.

Does authoritative management help a company develop? Opinions differ, but the ultimate judge is the reaction of the market and recognition of the employees.

Wang usually based his decisions on his own experiences. He didn’t like abstract theories or empty talk. When he encountered an apparent conundrum, he first tried to figure out what the real problem was and what related policies could help him to solve it.

Wang’s background was in engineering, and he spent years working in factories as a low-level employee. When we visited factories, he was meticulous and asked knowledgeable questions. After the visits, he would give us assignments — such as charting the entire process from raw materials to the final production. When Citic factories had technical glitches, he joined the inspection teams.

Citic’s structure was complex, involving a dozen industries. And that’s why Wang was so knowledgeable — he studied everything from manufacturing to investment to financial management to the latest industrial designs to the costs of specific machinery. He was always striding in front of us, while we closely followed, trying to keep pace.

Wang was adept at math. When subordinates reported financial data to him, he could pinpoint any mistakes. That kept us on our toes when we reported anything involving figures to him. I also have an engineering background, and my memory was decent. But my math wasn’t as good. But that changed after I worked with Wang.

Wang was also well-versed in capital markets, finance and legal affairs. His knowledge didn’t come from books, but through talking with people and studying other cases. He valued talents and put them in appropriate positions. He wasn’t shy about raising questions if he stepped into unfamiliar territory. And this showed how eager he was to learn new things.

Wang shied away from alcohol due to an allergy, but he did take tastes from time to time. Once in Hong Kong, a business friend brought Wang a few bottles of red wine and challenged him to determine which was of premium quality. Wang arranged them in order after tasting them, and our friend was pleasantly surprised by this nondrinker.

Wang was also a big eater. He consumed more bowls of rice per meal than any ordinary person. At the restaurants he frequented, such as those at the Beijing Hotel and the Diaoyutai State Guest House, the staff would always serve him two bowls of rice without him asking. One time, an unrelated government official with the same name was puzzled to find two bowls of rice waiting on his table at one of these restaurants.

In the early 80s, when Wang went to Macao, a friend of ours, Ma Wanqi, discovered something was off when Wang couldn’t stop eating. Ma asked Wang to undergo gastroscopy exam. Fortunately it turned out to be a false alarm — the doctor said everything was fine and that Wang just had a small yet functional stomach. All that said, he could stay away from meals for two straight days when work occupied him.

He was also a tea drinker. He was well versed in the production processes, fermentation, characteristics, boiling methods of all sorts of Chinese teas and their serving methods. One time I was given a tea cup while he made me a pot of tea at his home, I asked him why such a small cup? He told me tea drinking was supposed to be an art — slow and smaller portions, not in gulps.

Wang was also a night owl. When everyone was asleep during our business trips, he was always asking friends to play chess or chat with him into the wee hours. We always had to set up two alarms to make sure he woke up on time and didn’t miss his meetings. He also loved to watch sports, though he played only golf and nothing else. He was also an avid reader of martial arts novels.

Wang didn’t partake in many leisure activities. He stuck with chess and golf. He loved to play a few games chess at noon every day to “sharpen” his mind. He was an avid supporter of chess in China. He funded many competitions, which ultimately won him the respect off the industry. He was once the president of China’s professional golf association, and founded Shanqin Bay Gold Club in Hainan province.

I spent 1986 to 2001 at Citic under Wang’s leadership. Even after I left, I always went to visit him. I was heavy-hearted to see that his health had deteriorated. I had a feeling that his days were numbered, but when the news of his passing came, it was still very upsetting. I wrote this piece to commemorate my friendship with Wang, my forever friend.