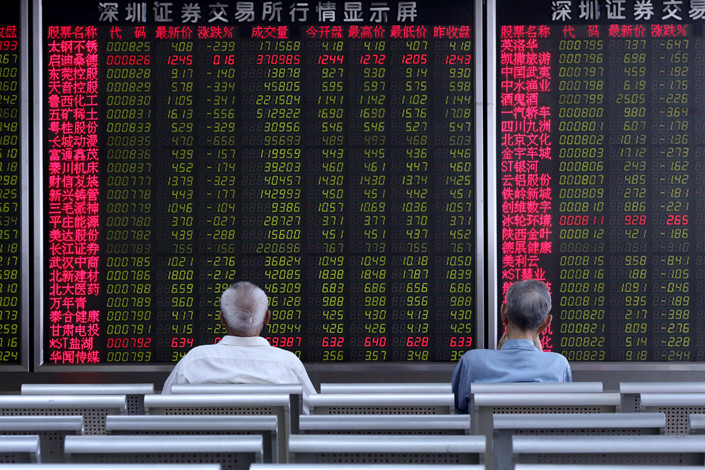 Since U.S. President Donald Trump issued an executive order banning Huawei Technologies Co. Ltd. from selling into America and using U.S. components, pundits have gone nuts arguing the “trade war” is morphing into a high-technology “cold war.” Stocks have noticed. After starting 2019 up 42.1% through early April, these fears have the Tech-heavy ChiNext Index reeling. Between April 4 and June 6, the ChiNext plummeted 20.3% — technically, a bear market. The broader CSI 300 index dropped 12.2% over the same span. Many argue worse looms, calling Trump’s Huawei ban economic “murder.” Nonsense. Like the tariffs I discussed last month, this move is all about American politics. Don’t be shocked if a deal soon softens his hard line on Huawei. My counsel: Buy Chinese stocks cheap before that happens.

Many people don’t see it that way, arguing the Huawei ban is more severe than tariffs. After all, the Chinese giant is among the planet’s top mobile phone producers, and a leader in cutting edge 5G-network technology. While the U.S. isn’t a huge slice of the privately held firm’s sales —North and South America combined accounted for just 6.6% of 2018 revenue — American suppliers are key to growth. Many worry America cutting off Huawei’s access to U.S. semiconductors could render the company unable to compete — a death knell. Further, China’s response — a potential blacklist of untrustworthy suppliers — has many Americans talking up problems for big tech firms like Intel Corp., Apple Inc. and more. The result, they fear, will be the development of two independent technology networks and supply chains, one Chinese and one American.

Maybe, if this were a long-term move, Trump’s Huawei ban would be worse than his tariffs. But I doubt it is. The ban looks like a nontariff trade barrier — another negotiating tool in his belt to build on the tariffs I analyzed last month. His real aims are political. Trump seeks re-election to a second four-year term as president in November 2020. Campaigning is already underway, with many courting America’s industrial Midwest that swung 2016’s election to Trump. He wants to appear to his base as “tough on China” — while courting Xi’s aid in talks with North Korean Leader Kim Jong Un. It is a delicate balance for him, but success on both fronts would help him hugely toward re-election.

To see how this might play out, look no further than last year. In April 2018, America’s Department of Commerce forbade U.S. firms from supplying Chinese Telecom giant ZTE Corp., citing their lack of compliance with a settlement tied to years-old Iran sanctions violations. The ban nearly shuttered ZTE by May 9. But the very next day Trump announced he’d meet Kim in Singapore. Three days after that Trump pledged his support for lifting the ZTE ban. It vanished soon thereafter, throwing the company a lifeline.

Now, you may wonder why Trump would target Huawei instead of jacking up tariffs more. Trump is just a crafty, new and different American political animal. He understands tariffs are economical a negative, and that U.S. consumers and businesses ultimately foot the bill — not China. More and more American headlines are pointing this out. So he likely targeted Huawei to keep tariffs’ impact small and throw U.S. pundits off his scent — and to show Beijing he’s willing to be creative. A crafty negotiating stance! Why? Trump wants Xi’s help with North Korea again. He also still wants to hammer out a trade deal he can hold out as a “win” to his base. The Huawei ban looks like convenient leverage that won’t hurt American voters — and doesn’t matter to many people outside California, one of the very most leftist American states which won’t vote for Trump, regardless, ever. Reaching a deal could banish the Huawei ban in a flash.

Need an example of how that might look? See Trump’s recent threats to tariff Mexico. He threatened to tax all imports from Mexico starting at a 5% rate — rising it 5% per month to 25% by October — if Mexico didn’t help stop illegal immigration into America’s from the Mexican border. Mexico and America later reached a deal, small though it really was, and Trump cancelled the tariffs. Mind you, that deal isn’t a game changer. Mexico likely can’t police its borders efficiently anyway. But he can tout it as a big deal to voters, claiming he got action on immigration. That’s his aim. On Huawei, it’s a mistake to draw huge conclusions about China’s economy, development or its high-tech future from a few weeks’ political posturing.

But even if the Huawei ban remains, a tech cold war creating two technology spheres — one revolving around China, the other America — is unlikely. The two nations need each other’s technology too much. China’s dominance in rare-earth metals and America’s semiconductor leadership and software creativity are a symbiotic relationship spurring growth. Further, neither side can unilaterally upend the other — third-party nations would have to sign on, particularly since many tech “products” amount to data that can easily flow across borders. Few nations have joined Trump. Even tangible components like chips could be sourced elsewhere, shifting supply chains in response to the ban. Consider: America’s longtime closest ally, Britain, hasn’t even decided whether it will join in. If it doesn’t, maybe Huawei shuns Intel’s chips for Arm’s. Without other nations’ help, Trump’s Huawei ban likely proves relatively feckless.

Hence, the CSI’s and ChiNext’s selloffs look less fundamental and more like sentiment swings. America’s legendary investor, Warren Buffett, once said, “In the short term the stock market is a voting machine (sentiment) but in the long-term is a weighing machine (weighing value of price versus growth versus quality). Sentiment has always played an above average role in Chinese markets. But sentiment can and often does reverse fast! That is especially true of the ChiNext, given its small size. At just 818 billion yuan ($119.05 billion), its market capitalization is 7.1% of the CSI 300’s 11.5 trillion yuan. A gauge consisting of 100 relatively thinly traded small-cap stocks magnifies sentiment-driven volatility.

But that sentiment volatility creates opportunity for you. As Warren Buffett also legendarily said, “Be fearful is when others are greedy and greedy when others are fearful.” Trade and tech war fears depress prices, giving you a golden opportunity to buy cheaply before sentiment reverses. Don’t wait — by the time Trump’s political aims are clear to all, stocks will have jumped — baking that benign reality in. So grit your teeth, buy now and enjoy the future higher prices as all this works itself out.